Zeal let the cat out the bag 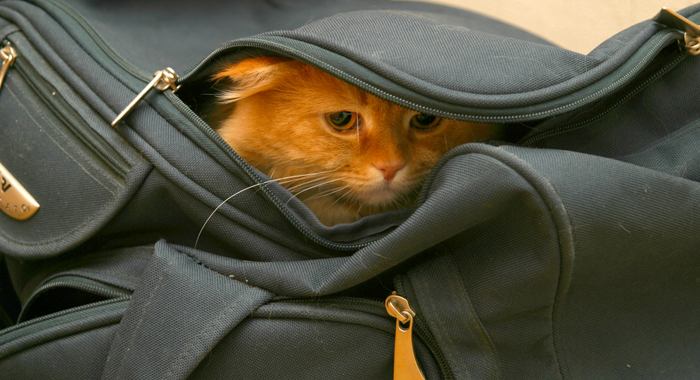 Santino, come ‘ere, I think your brain’s going soft, “Never tell anybody outside the Family what you are thinking again” — Don Corleone said to Sony in, “The Godfather”. Good advice; alas, there was no “again”. As the Don spoke, Sonny was already as good as dead. You see, what is said is said; it is a done deal. You cannot rub out what you say, while on the other hand, it can very well get you rubbed out.

Some things are irreversible; like, for example, when a judge instructs a jury: “Jurors will disregard (inadmissible testimony) …” They cannot. How can they? It is not words on paper that they can erase.

So, too, you cannot unsee what you’ve seen. That is how it goes with “The Star” at Argyle. A monument funded with public money — by the way of misappropriation — for ULP profit. “The Star” appeared overnight. It was a conspiratorial undertaking, scented with the perfume of corruption. It was carried out stealthily by the usual ULP cabal with disdain for moral pieties. They are a clique who sees national loyalty as an obstacle to their financial and political ambitions. The Prime Minister claims not to know who the perpetrator is. Take it or leave it; but take this certain: no effort, none whatsoever, would be expended, not even of the camouflage kind, to find the abuser of public funds. Rudy Matthias has the political inclination but not the balls — or the immorality — to donate IADC materials and labour towards the ULP’s political campaign. He is clean but for his political lean. That leaves one, single man with the power to misappropriate Public Works funds — and get away with it, clean. Go figure. Done figure.

The flat (but not flaccid) obelisk that “some people” erected at Argyle is the government’s narcissistic homage to the ULP. At the same time, it is a grey sepulchre for the NDP. Five inna row coming. “Narcissistic” because there is no difference between ULP and government. When the government kisses the ULP’s ass, as they did with financing “The Star” — on public property — it is them kissing and financing its own ass.

If I never thought it before, in the face of this obscene and overwhelming evidence, I am thinking it now: the airport has not been incidental to the ULP’s political perfidy and collusion; it is the raison d’être for their raison d’état and this juror cannot disregard the evidence in the cement monument. Even if they remove it. Indeed, especially if they remove it. The airport’s long delayed opening ensured the ULP’s longevity in power. The inna rows.

The Prime Minister is not a man of his conviction; he does not have the moral fortitude to take a stand. Showcasing (on radio) his immoral refusal to face the truth, right after admitting that “you can’t agree with that (“The Star”);” “it is wrong … no question about it …;” “clearly, clearly (wrong),” the usual inevitable followed: the mighty explainer and defender of wrong capitulated. It was a commendable stand on the issue up to that point but then, independent of moral judgement, he said, “You see one or two pointed areas but you didn’t see it any more as a star.” Bingo. “The Star” is not a star. It was where he was headed from the start. He gave the firm-eyed people, “it is wrong, clearly, clearly, no doubt about it,” and instructed the faint of eye what to see; “you didn’t see it any more as a star”. It is a craven reversal, which no doubt suits his faithful graduates of the education revolution, who have successfully undergone the 16-year learned helplessness programme. Me? Dread, I see five pointed edges that go jook me good if I get too near. And after this, it go want to get up and come for me.

Comrade believes that his outsized mojo will give him a pass every time. Not so. He’d be ahead if he accepts Abe’s truism, “… you cannot fool all the people all the time”. The irony of the mojo is that he does not need to work it on the zombies who done under the learned helplessness spell. It is a waste of some good mojo. Them go do the disbelieving (or believing) without the Comrade’s stimuli. Thank you, but my optic nerve is still intact. It has a filter for Dr. Ralph doctored image of “The Star”; the one he is projecting on whosoever wants to be projected upon. Include me out because man not looking at the clock.

Then, Ralph said that Rudy said that, “In the excess of zeal, this matter was done by some people.” My heading is somewhat misleading. I said that zeal let the cat out of the bag. Well to be honest, the cat was always out the bag; it was whether you wanted to see or not. Like do you see a star or you see Ralph’s projection of “The Star”?

Follow the natural progression, the metamorphosis from the ephemeral waving of the ULP red flags to the indelible setting of “The Star” in stone. Look at the brief photo history (below) of zeal and you’d understand that the overnight appearance of the well-planned, well-executed five-pointed monument was not, as Ralph said Matthias said, “an excess”. (I have always said that Ralph is passionate to a fault. Well, feel free to substitute “zealous” for passionate. If the ultimate bossman did not sanction “The Star,” then he should fire the zealot what did. God knows we don’t have room for two. And charge him for misappropriation, too. Yeah, riiiight.)

The preface: Installing the Party

4 replies on “Zeal let the cat out the bag”