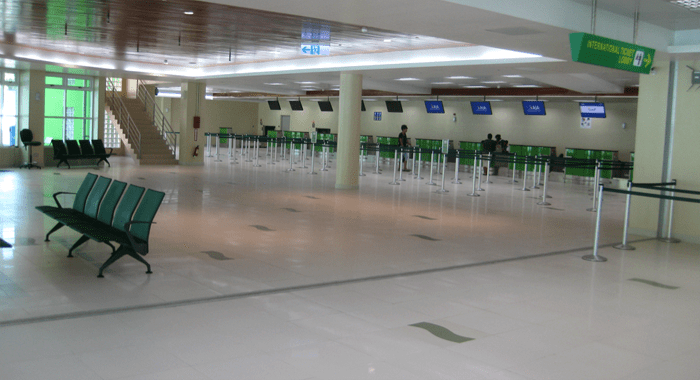 On February 6, 2017, a week before the premature Valentine’s Day opening of Argyle International Airport (AIA) on the mainland of St. Vincent and the Grenadines (SVG), our Prime Minister, the Honourable Dr. Ralph E. Gonsalves, argued in his 2017 Budget address that:

“… the Unity Labour Party [ULP] has accomplished a veritable miracle by turning a long-held dream of a hopeful people into a reality.

“The AIA is not only the largest capital project, by far, ever to have been constructed in SVG. It is also a metaphor, a symbol, an alive testament to what a determined people, properly led, and supported by a wave of principled internationalist solidarity of friends and allies, can achieve. The construction of the AIA, amidst all the topographical, financing, managerial and resources challenges, is one to be recorded with justifiable approbation in the annals not only of Vincentian history, but in the developmental story of disadvantaged nations across time.

“Now, all of us must make the AIA work to the benefit of the people of SVG …. It is our patriotic duty to make this happen.”

Several troubling, even blasphemous, assertions are embedded in these sentiments, none relating to the only important issues: did we need to build this international airport and, having built it, would it inevitably lift us from poverty to prosperity?

Of course, the Prime Minister would deny these interpretations just as he would deny that he also sacrilegiously compared himself to King David and his son, Solomon, in his Jan. 19, 2017 address at the ground breaking for the Black Sands Resort and Villas at Peter’s Hope, juxtaposing the series of broken AIA completion promises to the delays building the First Temple to house the Arc of the Covenant.

If AIA were “a long-held dream,” what was its actual content and achievability? Did we dream of building an international airport just because nearly every other Caribbean nation had one? Were we truly hoping to enhance our long-term economic well-being? Were we merely trying to make our personal overseas travel more convenient? A dream may be a cherished aspiration, ambition, or ideal; it may also be an unrealistic or self-deluding fantasy, a form of “irrational exuberance” (Allan Greenspan) bound to end in a resounding crash. Or, it simultaneously may be both, as in the case of AIA.

If the AIA project, which the Prime Minister also claims was conceived by “divine inspiration,” fails to meet its developmental expectations, he is already implying, “don’t blame me”. Rather, any culpability would be our rejection of God’s word and our unwillingness to do “our patriotic duty”. And when the inevitable failure comes, our shepherd would surely preach that even irrationally exuberant sheep sometimes treacherously devour their own (Ezekiel 5:10), yet another good Sunday school lesson for us all.

This is the 47th in a series of essays on the Argyle International Airport folly.

One reply on “Our Argyle International Airport ‘veritable miracle’”