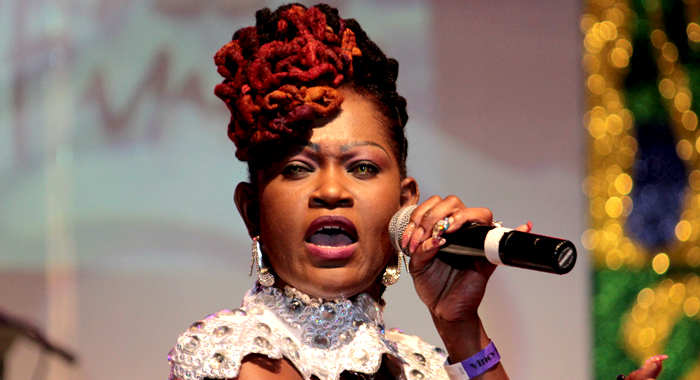 Vincentian calypsonian, Lornette “Fya Empress” Nedd-Reid placed 15th among the 17 finalists in the national calypso monarch competition in Trinidad and Tobago Sunday night, three days after a court ordered that she must be allowed to participate in the competition.

Fya Empress’s rendition of “Guilty” earned her 370 points, 30 less than Lynette “Lady Gypsy” Steele who had threatened legal action if the Vincentian was allowed to participate in the competition.

Lady Gypsy earned 400 points and placed 9th with her rendition of  “Plight of my People”.

Lady Gypsy was not initially among the finalists, but was included after she noted that the organisers’ rulebook said that the competition was open to nationals of Trinidad and Tobago.

Fya Empress was then eliminated from the competition.

Fya Empress, who is married to a man from Tobago, has been living in the twin island republic for a number of years but is yet to become a citizen.

However, the Vincentian songstress has competed in and won several calypso competitions in Trinidad and Tobago.

She took the matter to court and the court ruled on Thursday that she must be allowed to compete.

In his song, “75 cannot go into 14”, Chalkdust decried certain segments of society’s approval of young girls being married off to older men.