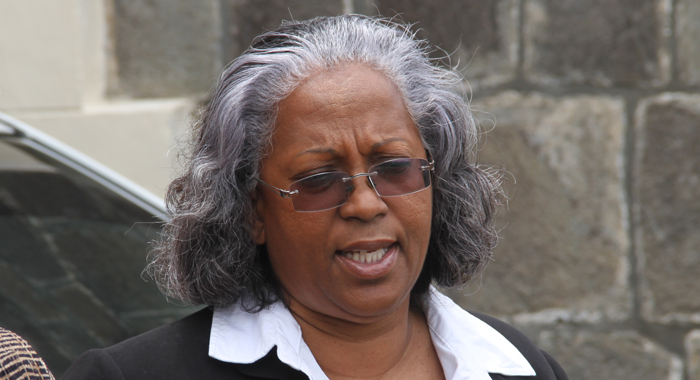 Attorney General Judith Jones-Morgan is retiring after 16 years in the post. (iWN photo)

The Unity Labour Party administration is searching for a new attorney General to replace Judith-Jones Morgan, who is retiring after 16 years in the position.

However, one of the persons to whom the government has offered the position has refused it, well-placed sources have told iWitness News.

iWitness News was reliably informed that former head of the Financial Intelligence Unit (FIU), Grenville Williams, was asked to return home from his regional job to become the government’s chief legal advisor, but he refused the offer.

In 2016, Williams took up the post of Regional Financial Investigation Advisor to the Regional Security System (RSS) Asset Recovery Unit in Barbados.

His move to the regional organisation came after his failed bid, while he was FIU director, to become the ULP’s candidate for South Leeward in the December 2015 general elections.

At the primary in Vermont, Williams stood down and endorsed the eventual candidate — then senator Jomo Thomas — but notably, did not stand to congratulate Thomas, as other persons did, after Thomas’ candidacy was formalised.

Thomas failed in his bid to unseat the New Democratic Party’s (NDP) Nigel “Nature” Stephenson and was later elected Speaker of the House of Assembly.

Leader of the ULP, Prime Minister Ralph Gonsalves, had said that he had an important assignment for Williams.

However, Williams, who is a lawyer, seems to have decided, at least for now, to pursue his own path, building his career on the regional level.

Unlike many Vincentian attorneys general in the past, Jones-Morgan is a public servant — who never comments to the press.

She had survived several calls by the NDP for her resignation, including because of a large loan that her husband, Desmond Morgan, was not servicing at the then state-owned National Commercial Bank.

Mr. Morgan had obtained the loan while he was chairman of the board of directors.

Correction: The attorney general was not a director of the National Commerical Bank, as reported in an earlier version of the story.