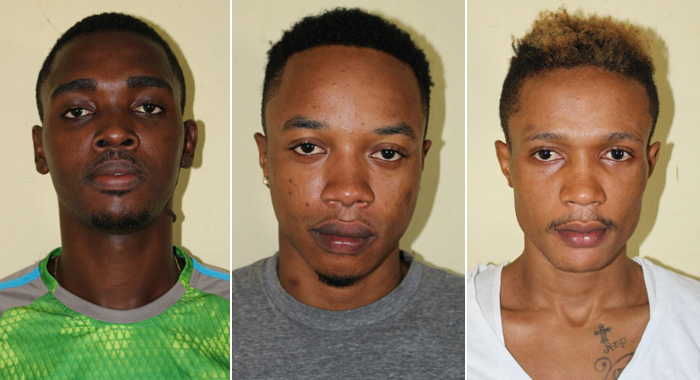 Three Layou men are slated to appear before the Family Court in September for trial on unlawful sex charges.

Enrique John and Dennis Prescott appeared at the Kingstown Magistrate Court on Aug. 2, where they were charged, in camera, that they had sex with a teen knowing that she didn’t consent or was reckless as to whether she consented.

Also, Sherwin Miller, also of Layou was charged with two counts of unlawful sexual intercourse with the same teen.

Miller is also charged that he allegedly committed the same offence against the same teen on May 26, also at Layou.

Each of the accused men pleaded not guilty and were each granted EC$8,000 bail with on surety.

They were also ordered to report to police at the Layou Police Station, to surrender their travel documents, and to seek the expressed permission of the court to leave the jurisdiction.

Also on Aug. 2 at the Kingstown Magistrate’s Court, Marcus Ashby of Glen was charged that on June 12, 2016 at Redemption Sharpes, he had unlawful sexual intercourse with a female.

He was also granted EC$8,000 bail with two sureties and was ordered to report to police at the Calliaqua Police Station.

The court ordered him to surrender all his travel documents and to seek the permission of the court to leave the jurisdiction.