NDP to send ‘Hitman’ after Camillo 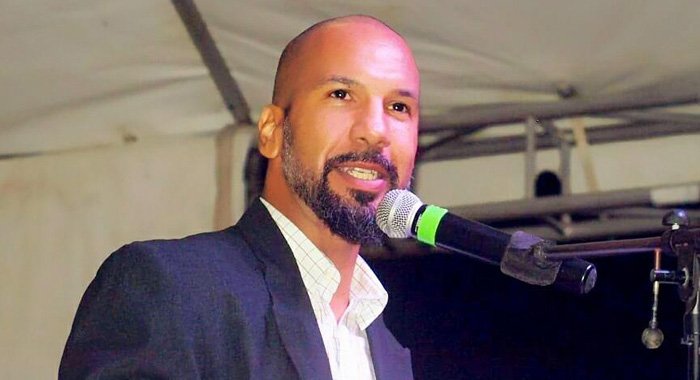 The main opposition New Democratic Party has selected disk jockey and radio personality Colin “Hitman” Graham to run against Camillo Gonsalves in East St. George in the next election in the district, constitutionally due in March 2021.

“The New Democratic Party (NDP) is pleased to announce that Colin Clifford Bernard Graham has been tipped to represent the party in the East St. George (ESG) constituency; this after the group concluded its candidate selection process during an election on Thursday, 17 August,” the party said in a statement Sunday night.

Graham, a radio personality with Hot 97 FM, emerged victorious over the other two contenders, Bert Francois and Ingrid Punnet.

The party said that the next step in the selection process is ratification, soon, by the Central Committee.

“The leadership of the NDP is satisfied with the high level of integrity and transparency that characterised the climate in which the election in ESG was conducted,” the NDP said.

The party quoted its president and Leader of the Opposition, Godwin Friday, as saying “I am happy that members of the party offered themselves for candidacy, and I wish to thank all the members who participated in the process. Congratulations to Colin on his first victory. I look forward to continue working with all three persons, since we all have a contribution to make in the development of our great party and country. The vision of our party is to make SVG work for all.”

Graham, who lives in Glen, is from the constituency of East St. George.

The NDP said he is “a vibrant youth voice, an icon of local radio and an outstanding contributor to our culture”.

Immediately after his selection, Colin said, “I look forward to working with the people of ESG. The constituency is in need of numerous improvements. I know that together we can bring about the change this country needs.”

“The NDP is moving onward and we are looking forward to ESG ‘improving with Colin!’” The party said.

Once Graham’s candidacy is confirmed, he will attempt to unseat Gonsalves, who is son of Prime Minister Ralph Gonsalves, and heir-apparent for the leadership of the Unity Labour Party and the prime ministership.

The younger Gonsalves, who is Minister of Economic Planning, Sustainable Development, Industry, Information and Labour, will be seeking a second term in office, having secured the most votes of any candidate in the December 2015 general elections, his first outing at the polls.

4 replies on “NDP to send ‘Hitman’ after Camillo”