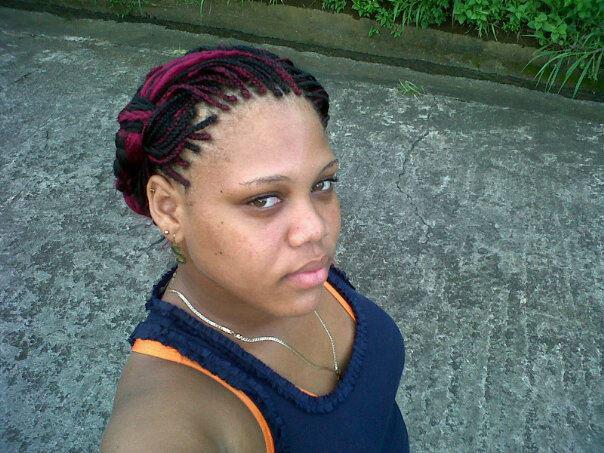 The stabbing death of Simonia Da Silva outside her home in Fairhall on Monday, Sept. 4, should make all Vincentians concerned, alarmed and become mobilised to intercept some subtly dangerous trends among young people, particularly in the teenage and young adult age groups.

Persons in my generation and older would know that “it takes a village to raise a child”. Well, it has become quite clear that our 21st-century villages do not have any desire to raise children — at least not with traditional values of respect, manners, good behaviour or obedience to lawful authority. In an era when family structures have all but fallen down, most households do not have parents who are able to sustain control of their growing children in a way that teaches teenagers what it means to follow instructions and to know that they are accountable to a higher authority, and so cannot just do what they want.

The gruesomely inhumane manner in which Simonia Da Silva of Fairhall met her death is just a manifestation of this evolving youthful hurricane. These young ladies and young men literally took pleasure in slaughtering Simonia as a butcher would kill a pig. It is said that one shall chase a thousand, and two shall chase ten thousand. That is the exponential principle that many of our teenagers and young adults are using to cultivate and rain fear and intimidation on the lives of anyone they so happen to dislike.

The justice system, by itself, cannot and will not solve this evolving problem. To just arrest three teenagers when a whole army of “Outlaws” was pelting bottles non-stop and brandishing sharp cutlasses is not going to stop this national trend. Every person associated with the “outlaws” should be picked up by the police. Where necessary, their legal guardians need to be in the process as well to secure future control and good behaviour. You see, we need to regain the passion and commitment to raise children just as much as we look forward to the passion and commitment of getting their mothers pregnant.

About three months ago, I read some commentators detailing how they were surprised and shocked at how teenagers who were leaving secondary schools carried on wild and reckless on the Richmond Hill main road in Kingstown. One lady commented that she could not even drive her vehicle at one point. Another person said that teenage girls in uniform ran up to vans and wine-up most provocatively on the vans. All of this happened after 8 o’ clock in the night! The Vincentian society is also seeing more and more teenage children fighting violently on public streets. And all this happen while they are dressed in their school uniforms and being once again supported exuberantly by other school friends — both from their school as well as other schools. Unity is strength. Today’s secondary school children are putting CARICOM to shame by their daily show of force as they unite in their post school-day activities.

It is amazing that vans do not make it their business to drop off school children at their schools for the beginning of the first period, but come 3 o’ clock, these mobile discos are there to pick up school children who are just teenagers, to go and do nothing more than lime in Kingstown. Many school children are making the rounds in vans long after the school day is done. Hundreds more gather in town, lining the streets from Sally Springs to the Peace Mo’ area. Yet no one sees fit to intervene in this trend. These bus stops were not meant to serve as bus terminals. In fact, school children have been trendsetters in stopping vans from going to Little Tokyo.

What would be the outcome if that incident where a truck that lost control at CWSA, were to happen at Murray’s Village gap one of these evenings after 3 p.m.? There is nowhere to run to save yourself. God forbids, but what if some potential terrorist decides to drive their vehicle through these hundreds of school children who stand on the narrow roadside every day for hours? My fellow Vincentians, the law and order, the peace and stability which previous generations have been enjoying in SVG will not last if we just accept a role as mere spectators where the disturbing, evolving behaviour of our young people are concerned. Neither can we afford to be reactionary and wait for the law courts to hopefully prosecute the few in the minority who are arrested after significant loss of life and/or suffering. That will be like cutting off the tip of the iceberg that sank the unsinkable Titanic. But it is the unseen ice below the surface that destroyed the Titanic. To leave young people —teenagers and young adults — unchallenged and unaccountable in their evolving trends is to give permission to have SVG’s next generation to grow up living as uncivilised barbarians. If we do not have the moral courage to take back our society today, there will most likely not be a Vincentian society tomorrow. Think on these things.