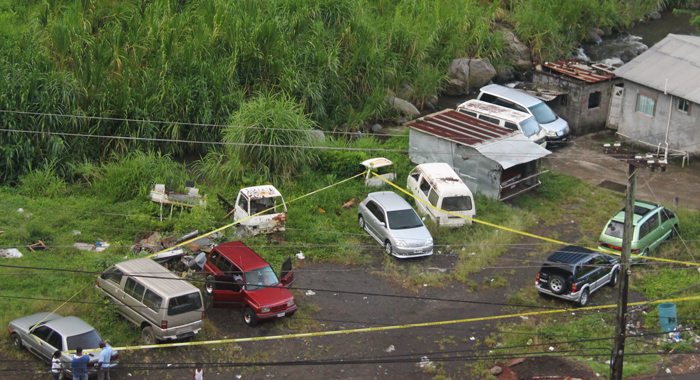 The scene in Glenside, where the officer is believed to have died. (iWN photo)

Police officers are investigating the death of one of their colleagues in a red sport utility vehicle, P9504, in Glenside, Mesopotamia sometime Wednesday night.

Reports are that the officer drank nine beers Wednesday night in a challenge.

He was reportedly sitting in the jeep with a close friend until sometimes close to dawn.

However, when the friend, said to be a female, attempted to wake the police officer, he was reportedly unresponsive and she then raised the alarm.

The officer and the other occupant were in a vehicle parked on a vacant lot of land, where other residents of the village usually park.

Police have cordoned off the area and have begun initial investigations.

4 replies on “Police officer found dead in vehicle in Mespo”