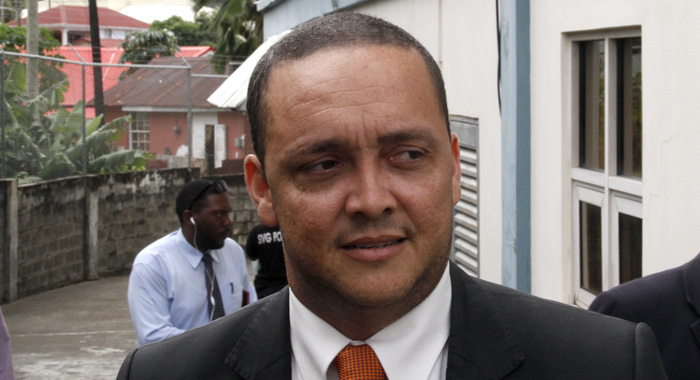 The persistence of the lawyer of an accused man who has gone missing saved his surety from paying the full EC$50,000 bail bond in a case that shows the seriousness with which persons should take the decision to bail accused persons.

Angella Ballantyne found herself having to fork out EC$50,000 forthwith or spend six months in prison after the accused, Gershon Calvin Cole-Woods, failed to appear in court for the second time on Sept. 8.

But, while the advocacy of Cole-Woods’ lawyer, Grant Connell, in open court failed, he prevailed in chambers before Chief Magistrate Rechanne Browne-Matthias.

Ballantyne was freed after she paid the reduced fine of EC$12,000 — the second consecutive day on which a surety for a person accused of illegal gun possession paid that amount after the accused person failed to attend court.

The drama continued at the Serious Offences Court in Kingstown five days after Ballantyne was summoned to appear and a bench warrant was issued for the accused.

The warrant was issued for Cole-Woods on Sept. 4, after he failed to reappear in court on charges that on May 5, 2017, at Kingstown, he had in his possession one .38 Taurus revolver and 15 rounds of .38 ammunition, without a licence.

The 36-year-old Belair man had been granted EC$50,000 bail with one surety and has been ordered to report to the Calliaqua Police Station.

When he failed to do so one week before the court date and his family lost contact with him, the matter was immediately reported to the police.

In his supplications before Browne-Matthias in open court on Friday, Connell begged for Ballantyne to be given a chance as police investigate the disappearance of Cole-Woods.

“She has done nothing and there is no evidence that he has absconded like other matters where it is public knowledge…,” Connell told the court.

He further noted that “alarm bells went off” the day that the accused man did not report to police.

“$50,000 is not an easy sum to raise,” Connell said, noting that the previous day, in the case court, another surety for a person charged with gun and ammunition possession was ordered to pay EC$12,000.

The magistrate, in response to the lawyer’s comment about the sum not being an easy amount to raise, commented that being a surety is a serious matter.

The court also rejected Connell’s suggestion that police impound, until the conclusion of the missing person investigation, a vehicle worth EC$55,000 that Ballantyne had presented to the court to prove that she has assets of EC$50,000.

After the court was adjourned for the day, Connell received from his chambers, a copy of the law regarding penalties to be imposed on sureties if the accused person failed to appear in court.

The relevant law, under “forfeiture of recognizance”, says, “The court may, in its discretion, remit any portion of the penalty and enforce payment in part only.”

Connell was able to use this argument to prevail upon the chief magistrate, who reduced the fine by EC$38,000.