Where does your vote go? Sometimes in the can 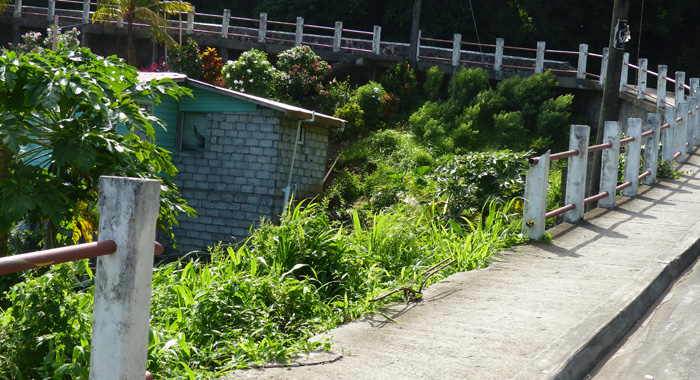 In Parliament, Julian Francis feeds on himself (and a bunch of them on him). He is a big mouth kindergartener with bluster and swagger. Sheep love that mix. Even though he couldn’t get heself elected, he is still the second-ranking political official in this country; full of sheep.

He runs an inept and dysfunctional ministry that needs bluster and discombobulation to hide the torpor and inaction. Speaking all things at once, especially of torpor and inaction, next year, the stretch of new road between CWSA and Gibson Corner is going to default to old road. That is not an aside: it is the harbinger of the obvious.

The Chateaubelair jetty: Bluster, swagger, discombobulation and a kindergartener on show in Parliament. The Opposition claimed that the jetty has been unusable since 2013. Lie, Ju Ju said, it was only unusable after 2015 when a boat that the NDP was on, bounced it. In an effort to protect his ministry’s dysfunction, torpor and inaction, he proved just that: dysfunction, torpor and inaction.

Ju Ju admitted that, yes, the jetty was handicapped since back in 2013, but that it was still “usable,” so he left it to deteriorate because of … torpor. And “usable” is good enough for sheep. Same with the rest of the decapitated infrastructure. And the pot-ridden stretches they call “road.” And the Byrea Bridge. It stood for six whole years with a huge, big, rounded boulder that Ju said he put there to signal “CAUTION! DANGER!” And in lieu of a fix. Six years, dread. Ju’s innovative sign was a greater hazard than the hazard it was announcing. (By the way, “Decapitated” sneaked in under the sponsorship of “AutoCorrect” and, grateful for the patronage, I decided to keep it because a lot of it is; decapitated.)

The first phase of Jetty disrepair from 2013 to 2015 when Ju left it at the mercy of Tiberius, and the seas, is proof of the torpor he wish he could disprove. But can’t, so, he left that one side. The second phase, 2015 on, is fascinating because you must understand: the “bounce” is an axiom; a proposition that commends itself to general acceptance; it is an unproven assertion that rests on the bare authority of the speaker. It is of doubtful authenticity. It is a slick maxim, advanced by the minister to absolve the minister and his torporic ministry. (Don’t waste time looking it up.)

Ju was incensed; the NDP had the gall to bring up jetty. How dare they. In his kindergarten head, their mere presence on the offending boat forfeited their right to talk jetty. Better still, it liberated Ju from his responsibilities; of fixing jetty. The proof of the pudding is in the eating: Is mister jetty even start to fix?

Julian would be in better stead if pon morning time he’d listen to Joe Sheridan’s “Risky Business.” Does the NDP own the boat? Are they the insurance for the boat? Was the party collectively captaining the boat? Then, what was the condition of the shaky jetty that in is Ju’s charge? And which was in steady decline to failure from willful neglect since phase one? A can of worms, this.

In the same breath, the child minister focused his kindergarten mind on persons; at Hot 97 this time. He instanced a case where they criticized the second-hand school buses and the thin-skinned minister would have none of it. (I think the buses are a commendable and worthy effort. Well done, Comrade.) Incapable of rising above criticism — or the person — Ju cried foul and lashed out with the might of his unsophisticated intellect. Listen.

The people at Hot 97, said Julian, can only buy second-hand car. And that, like other juvenile reasoning, made them surrender their right to criticise second-hand school bus. At least he’s consistent. Immature and unsophisticated, certain. But consistent. The chile wasn’t done. He said is only Luke what can buy new car but stopped short at giving Luke the clear to criticise second-hand school bus. Mudder. Watch how the captain of the kindergarten debate team determined what man can say, or not say, depending on the car he can buy, or not buy, make for debate inside of Parliament. Oh Gawd. How much less ministerial and more petty can he get? I bes doan ask because the next thing you know is he go try for it and he could nail good.

The more I hear Julian, the higher my opinion of those who rejected him at the polls. If you applied Ju’s rules to Ju, then Ju BP (before politics) could not have spoke a word. Not one. And Ju AP? The high-wattage politician? Well, he can rant encyclopaedic volumes. And he does. But in quantum only.

More than three years ago, The News published a piece I wrote where I complained bitterly that the government did f-k all when a mindless vandal wilfully destroyed a section of the safety rails at Casson Hill. We are talking public safety here. The vandal had cut away a section of the safety rails and sledgehammered a concrete column. He did it in full public view; in broad daylight. He did it just to dump topsoil on the land below. He destroyed public property, compromising public safety, to make his life easier.

How can they not know who did it? I will tell you. This is how: “There are some things that people don’t find out.” That is how the Prime Minister explained the findings of an intensive investigation (right) to not find out who was responsible for the IADC’s illegal cement homage to the ULP at the Argyle. That is what he said. What I heard was this: There are some things that people don’t want to find out. Couldn’t be facter.

Twelve or so years after the crime at Casson Hill, is like Minister Francis catch a vaps and is giving a f-k now. The vandal will be uncovered and he will pay. What? Now? A dozen years after the fact? Sumtin’s up.

Back when I wrote the piece, I said that it could only be an entrenched ULP supporter who could commit such a flagrant act of vandalism and get away with it scot-free. If you take Ju Ju at his word (that is at your own risk) about making him pay, then, I am saying now that the modus vivendi has expired. It sounds like the vandal give up his protective wearable and they take way they protection. Way he expect? Without red, he like you and me; an ordinary Joe, answering to the laws of this here land.

He lucky if is law alone they make he obey. He bes hope good they doan ups and decide to Cruickshank he. After he done pay up.

2 replies on “Where does your vote go? Sometimes in the can”