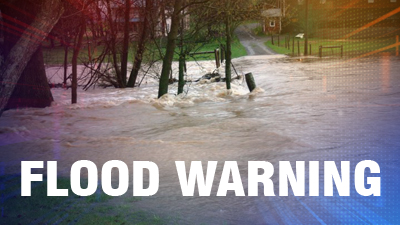 A flood warning has been issued for St. Vincent and the Grenadines as the tropical storm watch associated with Hurricane Maria remained in effect today (Monday).

Forecasters say that the flood warning will remain in effect until 6 p.m. today (Monday).

A high surf advisory and small craft warning remains in effect and the Ministry of Education and the National Emergency Management Agency on Sunday advised parents of students who travel to school by boat to keep them at home today and until further advised by authorities.

Sea bathers and other users of the sea are also being urged to stay out of the water.

Seas across SVG are expected to peak between 4-6 meters (13-20 ft) by Monday, especially on northern coasts of St. Vincent, with life-threatening surf and rip current conditions.

As Hurricane Maria is projected to be a major hurricane in the Caribbean Sea, northerly and westerly swells are expected across SVG on Tuesday and Wednesday.

At 5 a.m. today, the centre of Hurricane Maria was near 14.6 degrees north 59.5 degrees west or about 145 miles (233 km) to the north-east of SVG, moving west-northwest near 13 mph (20 kmh) and this motion with a decrease in forward speed is expected through Tuesday night.

The centre is expected to pass approximately 135 northeast of our islands later today, bringing Maria north of SVG by tonight.

Maximum sustained winds have increased to near 90mph (145 kmh) with higher gusts. Minimum central pressure was 977 millibars or 28.85 inches.

Pockets of moderate to heavy showers, periods of rain, thunderstorms and gusty winds are already happening across SVG. Rainfall accumulations of 4 – 8 inches (100 – 200 mm) from today through Wednesday are possible, with higher amounts in mountainous areas.

Northerly fresh to strong breeze 20–30 mph (32-50 km/h) with higher gusts, should become westerly by today. Then as Maria pulls away from SVGon Tuesday, southerly flow becomes south-easterly on Wednesday.