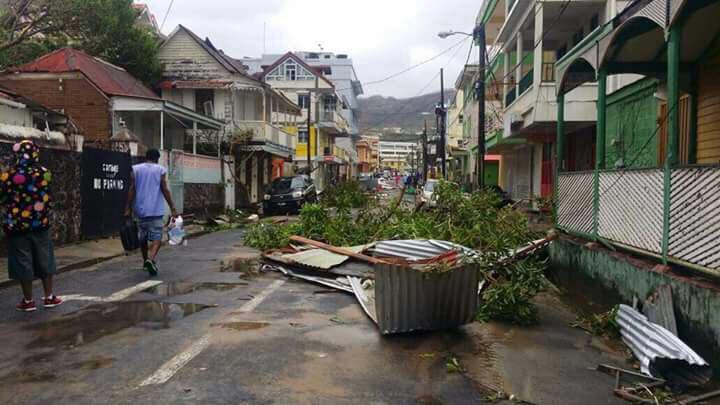 The Government of St. Vincent and the Grenadines, acting upon the request of the Dominican Association of SVG, officially gazetted today, Friday, Nov. 3, as Dominica Solidarity Day. This is the day on which Dominica celebrates its 39th anniversary of Independence.

In recognition of this day, the Dominican Association of SVG will launch a series of activities to be held during the month of November to raise awareness and funds for hurricane relief and recovery in Dominica in the aftermath of the onslaught of Hurricane Maria on Sept. 18 and left scores dead, many missing and thousands homeless and hungry.

Today, the association will launch the month of activities with a flag raising ceremony at the Financial Complex in Kingstown from 10 a.m. There will be remarks from Prime Minister of SVG, Ralph Gonsalves and Deputy Prime Minister and Minister of Foreign Affairs, Trade and Commerce, Sir Louis Straker.

On the programme, there will also be cultural pieces by Dominicans living in SVG and music by the Royal Saint Vincent and the Grenadines Police Force Band.

Civil servants, representatives from the private sector, students and members of the public are all invited to attend.

The activities encourage all members of the public to make contributions to the Dominica Solidarity Fund, in exchange for commemorative tee shirts which will be available at Aeropost, the Ministry of Foreign Affairs, Trade and Commerce and also from members of the Dominican Association of SVG.

Wristbands are also available. Commemorative tee shirts may be worn on every Friday in November 2017 starting today in solidarity with the people of Dominica as they try to put their lives back together and rebuild their country

The activities will climax on Nov. 25 with a walk from Peace Memorial Hall in Kingstown to Roseau, Sion Hill, which bears the same name as the capital of the Commonwealth of Dominica.

There will be a cultural showcase of Bouyon music and aspects of Dominican cuisine and culture.