Fair Hall man chopped in the face at his home 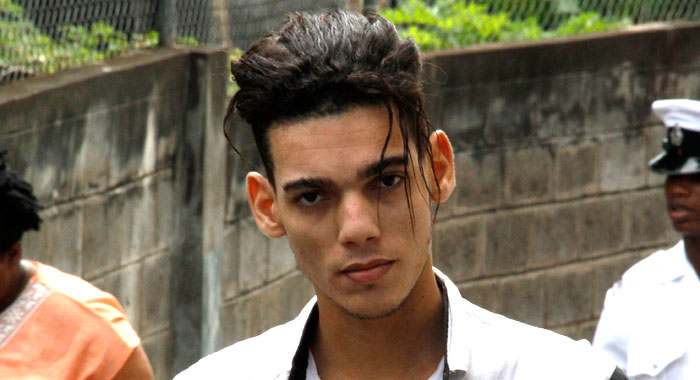 A Glen man has been remanded into custody until Monday for bail review on a charge that he chopped a Fair Hall resident in the face at the virtual complainant’s home at 4:30 a.m.

Senior Prosecutor Adolphus Delplesche objected to bail for Enrique Charles when he appeared at the Serious Offences Court on Monday.

Charles was charged that on Nov. 28, 2017 at Fair Hall, he entered the dwelling home of Dave Williams as a trespasser and at the time, had in his possession a weapon of offence, to wit a cutlass.

He was further charged that on the same day, at Fair Hall, he unlawfully and maliciously wounded Williams, with intent to do so.

Charles was not required to plead to the indictable charges.

In objecting to bail, Delplesche told the court that the virtual complainant was still a patient at the Milton Cato Memorial Hospital.

The senior prosecutor said that Williams is suffering from a chop wound to his forehead.

Medical personnel have described the wound as a serious injury and have further indicated that Williams was at risk of losing an eye “as well as other things may happen,” Delplesche told the court.

He said that Williams was being monitored closely and in the circumstances he was craving the court’s indulgence to remand the accused man “and pray that things improve” for the virtual complainant.

Delplesche said that the investigator would update the court on Monday about the injured man.