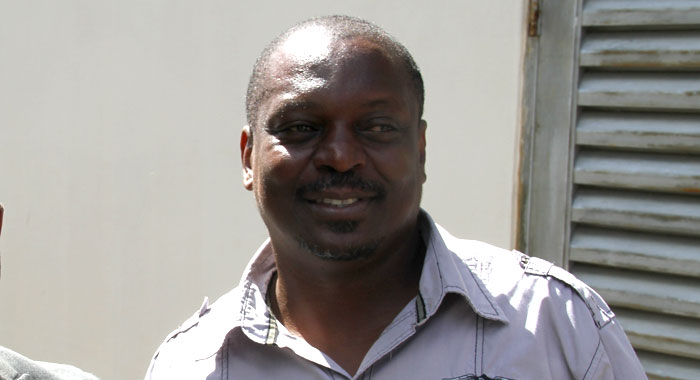 A 44-year-old Paul Over man was on Monday ordered to pay a fine of EC$6,000 after he was found guilty of possession of 30 counterfeit EC$100 notes.

The defence’s case was that Legair had found the money and did not know that they were counterfeit, and had planned to spend them if no one had claimed them.

The prosecution had argued that it had made out a solid case and that the man should be convicted.

The chief magistrate had reserved her judgment until Monday (yesterday).

In mitigation on Monday, Bruce told the court that his client had no previous convictions and had provided no difficulties for the police officers during their investigation.

He said Legair had readily provided to police an explanation about the origin of the notes.

The defence counsel said he would not speak trivially about now being the yuletide season but asked the court to look away from a custodial sentence.

He said that with the guilty verdict, his client would have to throw good money after bad, adding that the state must consider the expense it incurred investigating the matter.

Senior Prosecutor Adolphus Delplesche said the offence is a serious one and if more persons are involved in it and it penetrates the society, it can undermine the financial system, erroneously.

The court ought to send a strong message that if found guilty, persons would be dealt with sternly, the prosecutor said, adding that if that message falls on stony ground, so be it.

He noted that while Legair had no previous conviction, it must also be noted that he took the court through a full trial.

Delplesche, however, said he was contemplating a financial rather than custodial sentence, but one that would send that strong message.

Browne-Matthias noted that crimes such as the one for which Legair was found guilty could harm the financial system, especially at this time of the year.

She said a strong message must be sent, but said that in light of the fact that the defendant had no previous convictions, a custodial sentence would be inappropriate.

She then imposed a fine of EC$6,000, saying that the accused man had to pay half of it forthwith.

Bruce, however, rose and told the court that his client could pay EC$1,500 then and asked the court to give some time for the payment of the remainder.

The chief magistrate ordered Legair to pay EC$3,000 forthwith or spend nine months in jail and pay the remainder by Feb. 1, 2018 or serve a nine-month jail term.

The Crown’s case was that Legair had the notes in his possession, knowing or believing them to be counterfeit.

The notes were found in Legair’s bedroom when officers from the Narcotics Unit executed a search warrant at his home on Sept. 12, 2016

In his defence, Legair told the court that he found the notes on the way to work on the morning in question.

Legair, who has worked in sales for the past 10 years, before which he worked in construction, said he did not tell any of his co-workers about the find.

He said he kept the money at his home for three days before being busted by police and had planned to spend the notes if no one in his community said that they had lost them.

In summing up the Crown’s case, Delplesche told the court that there was no question as to whether Legair had the notes in his custody and control.

What was being contended, he noted, was whether the defendant knew that the notes were counterfeit.

Delplesche pointed out that the defendant had told the court that he had counted the cash but that he doesn’t know that notes carry serial numbers.

“That is an affront to common sense. An experienced man, loads of work experience, he was a salesman for 10 years, he did other work before, but he would have this court believe that,” the prosecutor said.

One reply on “Man fined for counterfeit money”