Court serves up fine for man who cursed restaurant staff 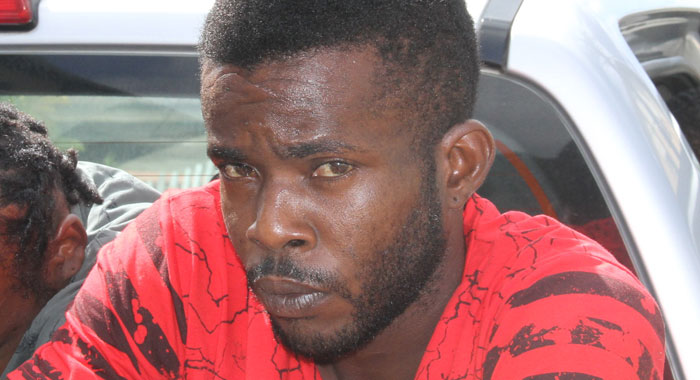 Omara Phillips was charged after he committed the offence a second time. (iWN photo)

A man who used indecent language at a Kingstown restaurant shortly after apologising to police for doing so was, on Wednesday, fined for the offence.

Omara Phillips was charged that on Dec. 23 at Phoenix Kitchen on Bay Street, Kingstown, he made use of indecent language, to wit, “Ah wha’ the m***** c*** does do dem they?”

He pleaded to the charge when he appeared before Magistrate Bertie Pompey at the Kingstown Magistrate’ Court on Wednesday.

The court heard that about 11:20 a.m. on the day in question, Police Constable Pompey was at the restaurant on personal business.

While there, Phillips joined the queue behind Pompey and later started to curse the cashier.

Pompey identified himself as a police officer and asked the defendant to refrain from using indecent language.

Phillips, however, responded, saying that St. Vincent and the Grenadines is a free country and that the officer should first clean up his home before attempting to clean up the streets.

The defendant was taken into custody, where he apologised for using the indecent words and was, therefore, released without charge.

He, however, went back to the restaurant and began cursing the staff there again.

The police were summoned and he was arrested and charged.

Phillips told the court that he had gone back to the restaurant because he had not yet collected the meal for which he had paid.

He said he was not using the indecent language toward anyone in particular, adding that Pompey had not shown him any identification when he said he was a police officer.

The magistrate, however, explained that using indecent language in a public place is an offence, regardless of to whom the offensive words are directed, if at anyone at all.

He further asked the defendant why he had gone to the police station with the officer, if he was not convinced that he was telling the truth.

“You really deserve a prison sentence,” the magistrate told the accused man who continued to interrupt the magistrate after he had been given a chance to explain himself to the court.

The magistrate told him that he had been considering an EC$200 fine, but having heard the facts of the case, they are really aggravating.

“You still talking?” the magistrate said, as the defendant continued to interrupt.

The prosecutor, Delroy Tittle, commented, “You see his behaviour, Your Honour? It’s the same way he was behaving.”

Phillips was ordered to pay a fine of EC$300 forthwith or spend three months in prison.

Someone paid the fine on his behalf just as a police vehicle was about to leave the court precinct with persons on remand and others who were yet to pay their fines.