Accused model in video ‘rant off’ from psychiatric hospital 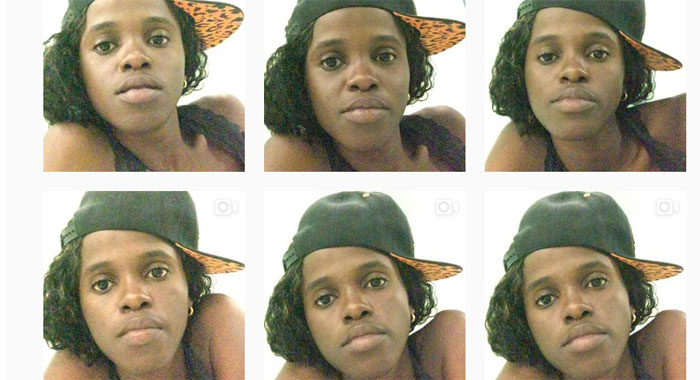 Former model Yugge Farrell has alleged that Camillo had an extramarital relationship with her.

The 22-year-old former top model who was on Friday, Jan. 5, 2018 sent for psychiatric evaluation after she had allegedly called the wife of a senior government minister a “dirty b***h” created a storm on social media from her ward at the Mental Health Centre on Saturday.

Magistrate Bertie Pompey, sitting at the Kingstown Magistrate’s Court, had granted an application by the Crown to send Yugge Farrell to the psychiatric hospital for two weeks’ evaluation.

The prosecution’s request came after Farrell pleaded not guilty to a charge that on Thursday, Jan. 4, 2018, at Prospect, she called Karen Duncan-Gonsalves, wife of Minister of Finance, Camillo Gonsalves, a “dirty b***h”.

Farrell was committed to the psychiatric hospital notwithstanding a strong plea by her lawyer, Grant Connell. The Crown did not present to the court any reasons to support their application.

But about 24 hours after she was warded at the hospital, Farrell created a social media tempest when she took to Instagram, an Internet-based photo- and video-sharing application, and alleged that she had a sexual relationship with a prominent, married Vincentian man.

The woman posted some 20 videos, some of them duplicates, in which she spoke about a number of other things, including her modeling career and why it ended.

Some persons shared the videos to Facebook, stirring up that social networking website, with some persons voicing their opinions about her sanity and the truthfulness of her claims.

In Farrell’s first video, she gave a factual account of what had led to her hospitalisation.

Farrell further said that she went to court and pleaded not guilty to the charge and the court decided to send her to the psychiatric hospital “because — well, what else do you send people to the Mental Health Centre for anyways?”

Moving away from those verified facts, Farrell said that people are trying to fight her down because she ended the alleged relationship with the man, who she said was causing her “emotion distress”.

In the videos posted from the Mental Health Centre, Farrell, said that she ended the relationship because the man had made a certain sexual request and was sleeping with other women.

She claimed that the person with whom she had the relationship is mad at her because she “illuminated myself and I stopped telling him like how to get it down” and that she ended the relationship because of all of these “nasty things he wanted to get involved in”.

Farrell said that she had been a victim of sexual abuse but did not elaborate. The context of her comments, however, suggested that the alleged sexual abuse might have taken place when she was a minor.

She further said that her alleged relationship with the man, which she said ended in 2016, was not about love.

“Onliest thing me bin ah try do is geh some money outta um. Da dotish f****r,” she said, adding that while the relationship has ended, something “ah gi mi a lil bit a stress in me life”.

He “vex and bad mind me because me get all them talent ya,” she said, adding that when she is done saying what she has to say, “they” can do whatever they think they have power to do.

“The kinda secret me ha pon dem they, dem dey haffu relax themselves…”

“Me ain’t really wah it. Me ah young gyal. Da dey done gone to me. Da dey dun mek me change my feelings from it.”

She said that she knows that it would “look ah way” that she has just gone on a rant and talking a lot of stuff and throwing word.

The model, however, said people are trying to fight her down so she has to “talk out the things in the media so people nah go join with them fuh try fight me down”.

In 2015, Farrell was a competitor in and eliminated at episode seven of 10 in the Caribbean’s Next Top Model competition.

In her videos on the weekend, she commented on her modeling career, saying that she used to be in more than one modeling agency and could have been doing a lot of things in modeling had she not decided to take a break.

She, however, said that she now has a lot of songs written down and can go to studio and record them and also a lot of inventions.

Farrell said that she illuminates herself and she is the one who brings down the inventions, adding that she doesn’t want to brag about her talents but want to do the action so people can know what she is about.

The woman said that she has a lot of things she is going to do for the new year for her fans and has gone “down ah de church” and had cleansed her soul, wash out all the badness inna it”

Right now her “merkabah ah spin. They don’t know nothing about merkabah and can’t even spell it,” she said.

“Merkabah/Merkavah mysticism (or Chariot mysticism) is a school of early Jewish mysticism, c. 100 BCE – 1000 CE, centered on visions such as those found in the Book of Ezekiel chapter 1, or in the hekhalot (“palaces”) literature, concerning stories of ascents to the heavenly palaces and the Throne of God,” says Wikipedia, an online encyclopaedia.

In the videos, Farrell, further said she is like an alien and those who are trying to fight her down don’t know about the illuminati and “illuminate”.

She said she knows she has gone on her little rant off but after this she was going to use her voice, which she said is loud, to try to defend herself.

She said that after she is done with the videos, she is going to use her time to focus on herself and her career and some of the things that she has stored up and wanted to release for a long time, and that she is taking her time.

The woman said she is coming into herself and knows who she is.

She further urged persons to stay tuned for more videos, adding that not because she went on her “rant off”, anytime “they” try to come after her, she is going to let out more secrets.

It is not the first time that Farrell is making national headlines because of her actions or words.

Last year, she was a person of interest in a police investigation into certain posts made on an Instagram account bearing the same name as the one under which the videos last Saturday appeared.

The Instagram posts last year made some shocking allegations against a number of high-profile persons, mostly men, including persons in politics and national security.