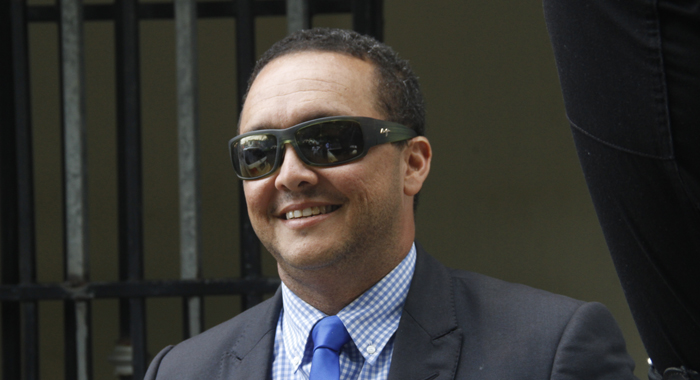 Editor’s Note: In response to a request for comment on Saturday on several matters surrounding his client, former model Yugge Farrell, lawyer Grant Connell sent us the following statement via email early Monday morning. We have decided to publish it in its entirety.

There are a lot of lessons to be learnt from this Yugge Farrell matter and I trust that when we examine it from a wider perspective we will make the necessary changes in the interest of a people, without any political bias.

I can assure all concerned that Miss Yugge Farrell is safe and in good spirits and contrary to the rumour mill started by two clearly uninformed characters and irresponsibly repeated on the airwaves, that she was removed from the facility on Saturday, I can confirm that never happened. I visited her at least four times over the weekend and her requests for sketchpads to draw her designs were provided. I would like to thank Mrs. Jean Johnny-Findlay, Coreas City Store, who kindly obliged when she was informed who they were for.

By the grace of God, Yugge Farrell will be in court tomorrow and we will proceed from there.

What transpired on 5th January before Magistrate Pompey would be reviewed by the appropriate process. I am sure at the end, when completed, we will all be guided. So at this point we must be responsible, control our emotions, remain focused and not make any statements that can put our judicial and medical system into a tailspin. There are established avenues to explore in order to rectify that which prima facie appears to be at variance with normal practice. In my humble opinion, there is need, with a great degree of urgency, for the existing Act to be reviewed and amended.

I want to dispel all the rumors that Yugge Farrell is being sent to Cuba or any country for that matter. It is the same characters who started the aforementioned rumour. Some people fail to realise that Yugge Farrell is fully compos mentis and has to play a role in the decision-making process of what she does next, because the journey may be long but hopefully she will take her first fragile footsteps on Monday. I, as her attorney, can only make suggestions, which, in my humble opinion, are in her best interests. It is up to her to agree. What I fear is that there are those who want to appear to welcome her into their bosom only to dictate to her what she should do and control her destiny for their own personal interests.

Since this case has started I have been subjected to significant abuse from both sides of the political spectrum but that is expected. However, as the attorney for Yugge Farrell, I will not allow her, my obligations to her or myself personally or as a legal practitioner to be compromised by anyone.  I simply have to do the right thing and do the thing right. I am not here to please anyone, and I invite other independent like-minded thinkers without political blinkers to let their voices be heard. This is crucial if we are to move forward as a people. At this moment, the interest of one of our precious daughters of the soil, Yugge Farrell, is paramount.

My friend and senior colleague, Mrs. Kay Bacchus-Baptiste, on completion of the hearing, offered to assist in seeking the services of a psychiatrist from England through another colleague of hers and I presented her with a copy of the report to facilitate the process. Mrs. Bacchus-Baptiste contacted me on Friday 24th January and informed me that she was retained by the mother and sister of Yugge Farrell and that she had written to the magistrate informing him of same, together with other documents. The manner in which it was done leaves much to be desired but this I trust is all part of the continuous learning process, but we must not become unhinged from the basic courtesies.  Mrs. Bacchus-Baptiste also confirmed then that she has obtained the services of a psychiatrist from Trinidad and Tobago who she said would visit Miss. Farrell on Sunday. This I informed would be subject to my client’s approval.

I did indicate to Mrs. Bacchus-Baptiste that I, being the attorney on record to date and given the chronology of events surrounding this case thus far and her recent position in the local political landscape, that many may perceive her involvement in this case as politically-motivated. I did express that this would not be in the best interest of my client. However, I must commend my learned senior for securing the services of the psychiatrist from Trinidad who I am sure will play a crucial role and carry out the necessary evaluation so that we can bring this whole sad sordid saga to an end and I trust Miss Farrell can move on with her life. The name Gaileen Farrell, the mother of Yugge, seems to be popping up everywhere. It’s very unfortunate, but one shouldn’t have to advise anyone who is spiritually-guided as to what the good book says about the poor. I pray that she is not made a political football because there are no winners in that game, only one victim, Miss Yugge Farrell.

If my suggestions are taken on board post-evaluation of Miss Farrell, there is need for an immediate change in environment for Yugge Farrell, one conducive to her rebuilding process, and there are those who have promised to support her with the logistics of moving forward.  I express great concern for the online fundraisers in her name and trusts that she would be the beneficiary of all these “gofund” programmes because she has not given power of attorney for anyone to act for or on her behalf. I trust these funds will be directed to her for her rebuilding process and I intend to engage the necessary services to ensure that those who have embarked on these fundraising ventures are genuine and that those funds are directed to Yugge Farrell.

I have been contacted by several senior attorneys throughout the Caribbean, who have expressed their willingness to render their legal services, pro bono.