Some ways of wielding power should end a political dynasty 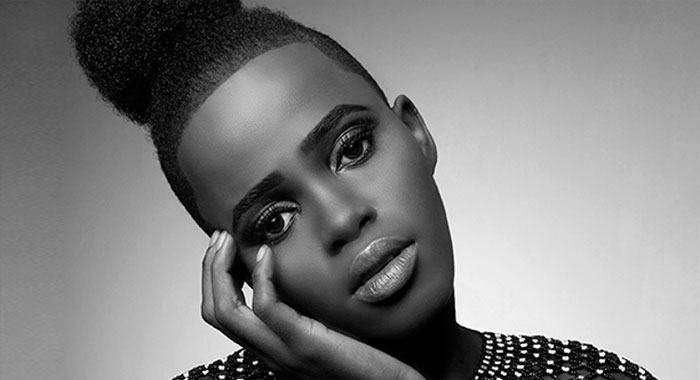 Justice for Yugge Farell of St. Vincent and the Grenadines

Gabrielle Jamela Hosein is a feminist, activist, poet and lecturer at the University of the West Indies, St. Augustine, Trinidad and Tobago. She also writes a weekly column, Diary of a Mothering Worker, in the Trinidad and Tobago Guardian…

There are some ways of wielding power that should end a political dynasty, for they are so cynical, manipulative and unethical that collective disgust should rise up with toppling momentum. The injustice experienced by 23-year-old Yugge Farrell in St. Vincent and the Grenadines is a blatant example of such advantageousness in our midst, and we should not let it occur without consequences.

Yugge was charged for using abusive language to Karen Duncan-Gonsalves, wife of Minister of Finance Camillo Gonsalves, Senior Crown Counsel in the Attorney General’s office and daughter-in-law of Prime Minister Ralph Gonsalves. After Yugge pleaded not guilty, the prosecutor requested that she be sent to a psychiatric facility for evaluation. She spent three weeks in a mental health centre, before being granted EC$1,000 bail. On Monday Jan. 29 when she appeared before the Kingstown Magistrate’s Court, she was granted bail with the matter adjourned to Dec. 17, 2018. Barbadian Queen’s Counsel Andrew Pilgrim has joined her legal team.

Statements issued by Leave out Violence in SVG (LOVNSVG), a petition that is continuing to be signed by hundreds across the region, and a collective statement created by Womantra in Trinidad and Tobago all point to misuse of political power, questionable judicial process and integrity, and human rights violation in this situation.

Shockingly, Prime Minister and Minister of Legal Affairs Ralph Gonsalves, despite his clear conflict of interest in protecting his political heir, has been brazenly commenting on the case in the media. On Jan. 22, SVG’s iWitness News described him as arguing that “a magistrate can decide to commit someone to the psychiatric hospital based on information that the prosecutor gives the magistrate outside of the court proceedings and which is not disclosed to either the defendant or to their lawyer”.

As LOVNSVG, a group which focuses on gender-based violence and violence against women has put it, “Yugge’s story highlights the subjection of the poor and those on the margins to the whims and fancies of the political elite and ruling class”.

If the region had not been horrified and acted in solidarity, Yugge’s experience and confinement may have passed with impunity. Now that Yugge has been released on bail, her defence, protection and wellness are priorities. Additionally, as Womantra put it, we are “closely watching the further conduct of this case and stand ready to speak out against the slightest hint of malfeasance by any agent of the state”.

Below is the regional statement expressing solidarity with Yugge Farrell, calling for a formal investigation into the decision to detain and medicate Yugge Farrell, an immediate review of the Mental Health Act in St. Vincent and the Grenadines, and public resistance to such state persecution to silence truth. It has been signed by 240 persons to date, including many who have named their organisations, which are listed below and represent an important cross-section of advocacy and activist groups across the Caribbean. The petition will be hosted by Code Red for Gender Justice at https://redforgender.wordpress.com/ where we will be accepting signatures (you can enter your name, location and organization) until justice is served for Yugge Farrell.

We the undersigned, condemn in the strongest possible terms, the persecution and mistreatment of Ms. Yugge Farrell by the legal, medical, and political authorities of St. Vincent and the Grenadines. We are in full solidarity with Ms Farrell and those Vincentians who stand with her.

Ms Farrell was arrested on Jan. 4, 2018 and charged with the use of abusive language to Karen Duncan- Gonsalves, the wife of Finance Minister Camillo Gonsalves and daughter-in-law of Prime Minister Ralph Gonsalves. After pleading not guilty, an application was made by the prosecutor for Ms Farrell to be confined to the Mental Health Centre for two weeks for psychiatric evaluation, as allowed under the nation’s Mental Health Act. However, according to a statement issued by the St. Vincent and Grenadines Human Rights Association (SVG HRA) — an independent civil society organisation — there was no apparent supporting evidence or behaviour by Ms Farrell which warranted the prosecutor and magistrate seeking and deciding to commit Ms Farrell to the Mental Health Centre. Furthermore, it appears that medication was administered to Ms Farrell although the Mental Health Act only speaks to observation and evaluation of persons and does not include any mechanism to oversee involuntary admission and treatment practices. Also problematic is the fact that the Mental Health Centre does not currently have trained psychiatrists or psychologists on staff. After the initial observation period passed, Ms Farrell was detained for a third week and only released on bail on Jan. 29, 2018.

The mistreatment of Yugge Farrell raises several serious concerns about the probable abuse of the existing Mental Health Act of St Vincent and the Grenadines. We ask, is commitment to a mental institution for use of insulting language a regular occurrence in SVG? We join the SVG HRA in questioning the validity of the observation report and treatment administered to Ms Farrell. We note the alleged romantic relationship that Ms Farrell has publicly claimed with Finance Minister Camillo Gonsalves and caution those who rush to dismiss this incident as simply a matter of “love gone bad” to reflect on the fact that state entities can easily use the excuse of mental instability to vilify, discredit, and institutionalise any critic or person(s) deemed a threat or embarrassment to the established political order.

As human rights defenders, feminists, and persons who care about well-being and justice in the Caribbean and beyond, we condemn the actions of the judicial and medical authorities of St. Vincent and the Grenadines and their violation of the rights of Ms Yugge Farrell. We deplore the misuse of mental health policies to oppress individuals and advance goals other than the safeguarding of wellness. Now that Ms Farrell’s detention in the Mental Health Centre has ended, we support calls for an investigation into the decision to detain and medicate her. We support her family members and demand independent medical and psychiatric care for her. We stand with the St. Vincent Human Rights Association who urges an immediate review and modification of the existing Mental Health Act so that it becomes compliant with international norms and standards to prevent abuses and protect human rights. Finally, we remind the government and authorities of St. Vincent and the Grenadines of their commitment to ensure their citizens’ right to free speech and protection from state persecution. The eyes of the world are watching you.

There must be no more violations of the rights of Yugge Farrell or any other Vincentian. Amend the Mental Health Act of St. Vincent and the Grenadines now.

List of organisations named in the statement so far: