House Speaker did not err — Campbell 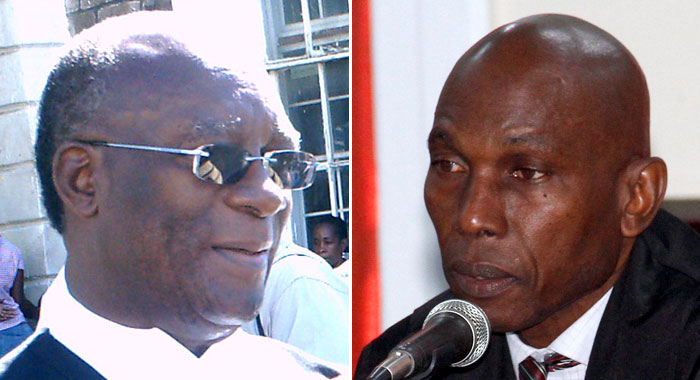 While House Speaker Jomo Thomas said one day later that he erred in allowing the government to amend, last week Wednesday, the motion of no confidence, prominent lawyer Parnell “PR” Campbell, QC, says he does not think this is the case.

In a post on Facebook last Thursday, Thomas said that he should have allowed debate on the no confidence motion.

But Campbell, speaking on his weekly “The Law and You” programme on SVGTV Monday night, said that he agreed with the decision that Thomas made in Parliament that saw the government changing the opposition motion into a motion of confidence in the Unity Labour Party administration.

“He was not mistaken at all because proposing an amendment to an opposition no confidence motion is routine,” Campbell said of the speaker.

There was extended debate in Parliament on Wednesday regarding whether the framers of the conditions, in saying that the house should meet to “consider” a motion of no confidence, meant that the motion must be debated at such a meeting.

“Some persons have argued that the word consider there means you have to debate it. Can’t be so,” Campbell said.

“To consider means to bring it to the attention of the house for the house to decide what to do with it. Other provisions below speak to disposing and debating — debating and dispose,” Campbell said in reference to Section 47 of the Constitution.

“But there is nothing in 42(8) which makes it mandatory that a motion of no confidence must be debated. No. In my respectful opinion, not when it comes on the very day that you are debating the Estimates, which is a form of no confidence motion. Because the rules of the House provide opportunities to sift motions … A motion is not automatically debated. It has to be sifted for relevance, for anticipation and matters like that kind,” Campbell said.

“So, in my respectful opinion, brothers and sisters, what happened last week was practically a storm in a teacup because when the opposition get to debate the Budget they will have the opportunity to bring down the government, if they have the majority, which is what their motion of no confidence purported to do.

But speaking at New Democratic Party press conference in Kingstown on Wednesday, Leader of the Opposition, Godwin Friday, who is also a lawyer, said he disagrees with Campbell.

“… I mean, just think about it: how can you possibly ask the opposition or say members who brought a motion of no confidence that threatens the government to debate a motion that says that we have full confidence in the government?

“I mean, that’s like, you know, it’s not just insulting to me it’s insulting to all the people who send us there,” Friday said.

Friday said that, in the past, the Speaker gave a detailed response as to how he may reconsider such a motion.

The opposition leader said he has since had a conversation with the Speaker,  “… but he hasn’t said to me how he would deal with the matter if it were to come before him again.”

Friday said there is more than can be fleshed out and noted that the prime minister had said in Parliament that he would take the matter to court as the case stated.

“I welcome that, I urge him to do so. He should do so with urgency.”

19 replies on “House Speaker did not err — Campbell”