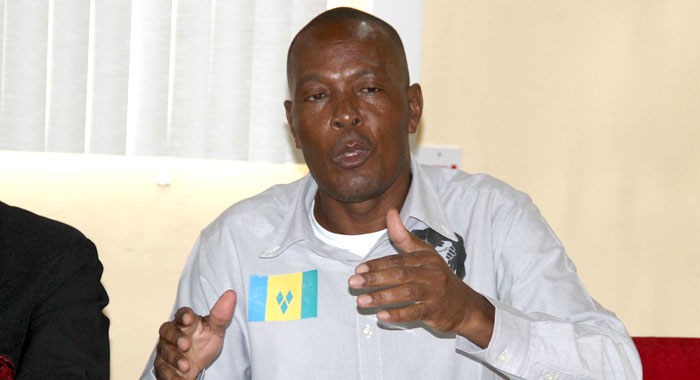 The Unity Labour Party administration has begun to honour the October 2016 court order compelling it to pay former public servant Otto Sam all the salaries he would have earned had he not been fired in 2013 — after 33 years of service to the nation.

In 2013, the Public Service Commission (PSC) fired Sam, a career educator, after a government-appointed tribunal, in a two-to-one verdict, found Sam guilty of breaking Public Service rules when he wrote a letter in two local newspapers one year earlier.

The letter spoke about the situation at the National Emergency Management Organisation (NEMO), to which Sam was transferred in 2010 from the South Rivers Methodist School, where he was head teacher.

His transfer was widely seen as punishment for reprimanding Prime Minister Ralph Gonsalves for not reporting first to the principal’s office when the Gonsalves visited the South Rivers Methodist School, located in North Central Windward, which Gonsalves has been representing in Parliament since 1994.

In an October 2016 ruling, High Court judge, Justice Esco Henry ordered then-Attorney General Judith Jones-Morgan to ensure that Sam receives full pay from the time he was suspended in 2012, with all benefits and full pension.

Sam was also awarded cost and damages, both of which will be assessed in due course.

Sam told a Teachers’ Union press conference in Kingstown on Monday that he had received a call that day saying that a cheque was ready for him.

“I can say to you that this morning, the Treasury called to indicate that a cheque was ready as it relates to salary outstanding that was ordered by the court. Still hasn’t gotten to my financial institution or even the union, barely told family, so I am kind of breaching protocol,” Sam said, responding to a question about the payment.

“And it is not an Otto Sam victory, it is a workers’ victory, something that says that yes, the government, the state, does foolish things at time.”

Sam commended the Accountant General and the Chief Personnel Officer for their “professionalism once they got the paperwork”.

“It is a court order so they are not doing you any favours, but, at least, they are not acting like gatekeepers who try to frustrate the process… They have been very professional, very outstanding citizens and ought to be applauded.”

Sam noted that the court has ordered that all salaries, gratuity, allowances, increases be paid to him.

“I was interdicted and paid half-month salary so they paid the EC$22,000 or so difference for the interdiction period between August 2012 and May 2013. And they have paid from 2013 — I believe — to October.”

Sam said that Jaundy Martin, who replaced Jones-Morgan as Attorney General last September, “needs to become the public servant that he really is and follow the court thoroughly”.

He said that the court has ordered payment for the full amount that he would have earned between 2013 and 2018 had he not been fired.

“… but, again, we will address that in the court so we are not going to lose sleep over these things. The fact is that the state is wrong and the court said it is wrong and it has been acting in an unfair and illegal manner and, at least, the payments are being made. The issues of compensation and damages will continue in the court.”

He noted that the court has ruled that he never ceased from holding his substantive post as head teacher, adding that while the court order was made in 2016,Jones-Morgan, who retired last September, “sat on it for a year”.

‘The former attorney general, on my transfer matter, there is about EC$70,000-plus interest that the court has ordered and we will have to go to enforcement because she sat on it for quite a few years.  And we don’t like the foot dragging of this attorney general on it also,” Sam said.

He said he expects the payment on the dismissal matter to be made in one lump sum.

He said that the government did this then came back seeking clarification “for a ruling that is as clear as crystal.

“And the court didn’t tolerate it; they said to pay the salary.”

Sam said the court, however, gave the government permission to wait until he is 55 to pay his gratuity but to pay him his salary as if he never stopped working.

“As we said, it has nothing to do with Otto. It’s a workers’ victory in that people believe they could take a permanent secretary and send him to a printery, pick him up and send him to be a printer if you disagree with these guys and guys take it and it seems to be normal. It is not normal for one to be sent to a post that is not parallel. It is not normal for the state to just unceremoniously dismiss one with no reason. And we are happy that the court has spoken and the court will also speak on these teachers who retired without being appointed and all of that, because we want the court to speak,” Sam told the media.

In September 2015, the Court of Appeal dismissed the Government’s appeal of a High Court ruling that Sam’s transfer to NEMO in 2010 was “irrational and illegal”, as Justice Gertel Thom had ruled in February 2014.

Lawyer Jomo Thomas represented Sam and the Teachers’ Union in the matter.

2 replies on “After amassing $70k in interest, gov’t begins to pay Otto Sam”