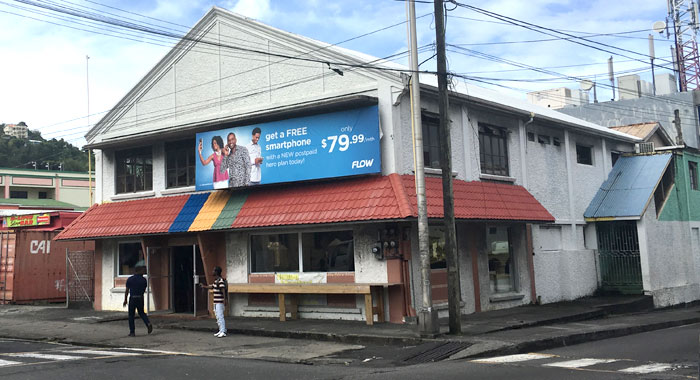 The state-owned National Properties Ltd. will grant the Ju-C Building to the National Insurance Services Ltd. as part repayment of an existing loan.

The central government bought the Ju-C building a decade ago for EC$6.325 million, with Prime Minister Ralph Gonsalves saying at the time that he wanted the property at the entrance of the city to be owned by Vincentians.

During Thursday’s meeting of Parliament, Opposition Leader Godwin Friday said that the building was purchased amidst much fanfare.

He said that while the government continues to rent office space in Kingstown, nothing has been done to convert the Ju-C building for use as government offices or for other government uses.

Friday asked Prime Minister Ralph Gonsalves to tell lawmakers how the Ju-C building has been used since the government bought it and why it remains underutilized.

He also asked the prime minister to say what the government intends to do with the building to justify the use of millions of dollars of taxpayers’ money to purchase it.

In responding to the question, Gonsalves said that he had said when the purchase was made that government did not want to see, at the entrance of the city, a building which does not merit the entrance to the city.

“There was no fanfare,” he said, but told lawmakers that his government paid EC$6.325 million for the building, but the monies did not come from the Consolidated Fund “in any direct way”.

Gonsalves said that since the government bought the building, it has been in use for most of the time by various tenants.

He further said that the government had used it for a short time as the headquarters for the Yes Campaign during the 2009 constitution referendum.

The prime minister said that the outside of the building has hosted billboards and one part of the property has long-term reserved parking space that enjoys almost 100 per cent occupancy.

He said that National Properties has a purchase agreement with the owner of a one-storey property to the back of the Ju-C Building.

A design was, however, done for a four-storey building to replace the Ju-C building.

He said one overseas commercial bank was interested in partnering with the National Properties and leasing, on a long-term basis, one or two floors of the new structure that would have been constructed.

The prime minister, however, said that when the global economic downtown came, the financial institution said they would no longer go through with the deal.

National Properties has agreed with the NIS to transfer the building at a value of EC$8.4 million to satisfy part of a debt to the NIS.

“There is an outstanding sum which has been owed to the National Insurance Services and that will be deducted from the proceeds of the 8.4 million. And that will include, finally, making the payments and all the arrangements concerning the gentleman whose property is at the back, for which there is the arrangement,” Gonsalves said.

He said that the NIS intends to develop the property and the cabinet has given “the blessing” in this regard.