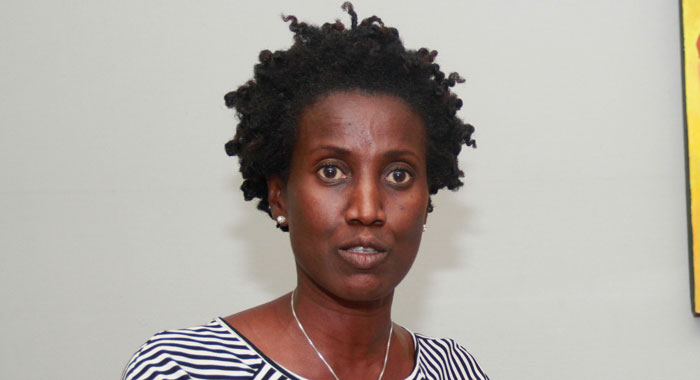 Founder of the main opposition New Democratic Party, Sir James Mitchell says that Shirlan “Zita” Barnwell, who made a dismal bid on Sunday to become one of the party’s vice-presidents, should resign her senatorial post.

Barnwell might have been misled by the 144 votes she gained in last year’s race, when Matthews also made his first bid and there was a rift between Leacock and the party after MP for the Northern Grenadines, Godwin Friday, emerged as leader ahead of him.

This year, she ran a largely internet-based campaigned that focused heavily on her gender.

“I notice that Zita Barnwell only got 40 [votes]. But let me say, this talk about women in party politics — in Barbados now, [Prime Minister] Mia [Mottley] has appointed about seven or eight women in the Cabinet. But nowhere in the election in Barbados was there any talk about women coming forward. People were chosen on the basis of their ability. You cannot use the women’s agenda to promote a particular individual,” Sir James said.

Sir James, a former prime minister, said that he knows the Barnwell family and had nominated her father to be honoured by The Queen.

“…  and we have our good, old linkages, etc., but I think that Zita should realise what the party — obviously, she is not going to be a candidate. I think the graceful thing for her is to step aside and leave the way open for somebody else to be nominated in the Parliament.”

Sir James said he did not think that NDP president, Leader of the Opposition, Godwin Friday, showed weakness by not removing Barnwell from the senate before.

Leacock had called last year for Barnwell to be replaced by Israel Bruce, the party’s candidate for South Central Windward, when Kay Bacchus-Baptiste replaced Julian “Jules” Ferdinand in the senate whom she also replaced as NDP candidate for West St. George.

“I think Dr. Friday has let the whole thing play out, rather than take a decision but I think that the lady, having lost so badly, should be invited to resign…” Sir James said of the situation with Barnwell.

He had some suggestions about how the party should handle the situation.

“When somebody is about to resign, you should have a chat with them and make them feel comfortable. ‘There is room in the party, all hands on deck, we will look after you; but, please step aside and let us move forward.’”

Sir James was also of the opinion that Bruce should replace Barnwell as a senator.

“Somebody like Bruce, I think it is time, as a young active lawyer and who has been knocking on the door of representation for years, even while we were around and he has gone away and educated himself and I think some [consideration] should be given there.”

The NDP founder was speaking one day after the NDP held its conference of delegates, the business session of its 40th convention, which continues next Sunday in Greiggs.

Commenting on the new executive, he said:

“I think it is the wishes of the people in the party and I congratulate them for going through the exercise and getting the results. I am fascinated that my former secretary, Doris McIntosh, who spent most of her time in the Prime Minister’s Office and now has a prominent position,” he said of McIntosh, who defeated the incumbent, Margaret London, to become assistant general secretary.

“I am glad to see that my good minister, Glenford Stewart has got a prominent position there now.”

“And I accept the verdict of the election for the vice-presidents,” Sir James said.