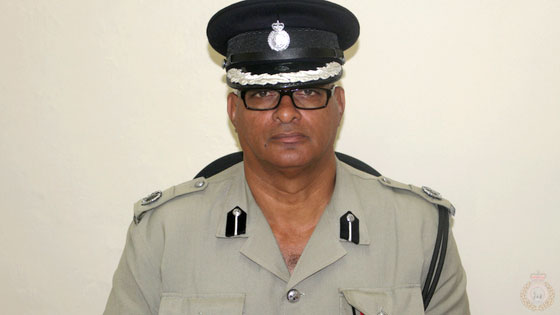 The Royal St Vincent and the Grenadines Police Force has seen the appointment of its newest member to its executive management team.

Richard Browne has been appointed to act as an assistant commissioner of police (ACP), effective March 1, 2018.

He brings to the position a wealth of knowledge and experience.

Throughout his policing career, Browne has worked at various departments within the Police Force, including the Traffic, several out-stations and the divisional commander to various divisions and branches.

Browne, at his previous rank of superintendent, was the Divisional Commander of the Central Division and Commandant of the Police Training School.

Before his tenure as a police officer, Browne worked as a seismic technician from 1980 –1981 and a teacher at the Intermediate High School and the Park Hill Government School from 1981–1983. He joined the Royal St Vincent and The Grenadines Police Force in 1984.

After his first year in the police force, Browne was dispatched to Grenada after the U.S. intervention. He attended many training sessions throughout his career such as human rights and humanitarian law instructors course in Jamaica; the military training course in Barbados; the paralegal seminar; stress management in disaster course; and the incident command system course.

Acting Commissioner of Police, Colin John, on behalf of the rank and file of the Royal St Vincent and the Grenadines Police and its Auxiliary, congratulated Browne on his new appointment.

2 replies on “Richard Browne promoted to assistant commissioner of police”