2 doctors to 200 patients at psychiatric hospital 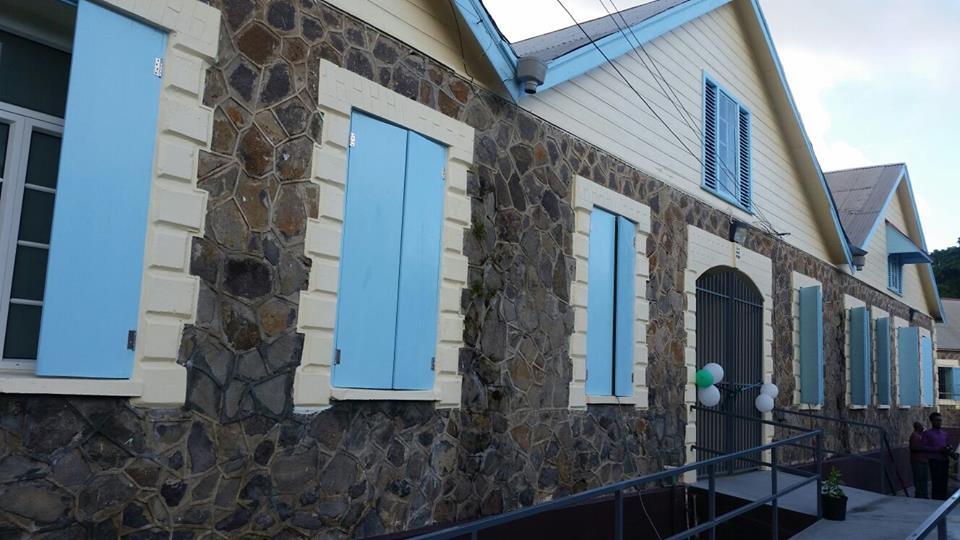 A wing of the Mental Health Centre in Glen. (File photo: Searchlight/FB)

There are two doctors to attend to the 200 patients at the Mental Health Centre (MHC) in St. Vincent and the Grenadines (SVG).

Further, these two doctors have to conduct out-patient clinics and care for mental health patients in the prisons and at the Milton Cato Memorial Hospital.

This was revealed by Dr. Karen Providence on Tuesday at the Kingstown Magistrate’s Court, to which she had been summoned.

Senior Magistrate Rickie Burnett issued the summons on Monday after the court had failed to receive reports on three accused persons who had been sent for 14 days’ psychiatric evaluation on April 9, April 30, and May 2.

The magistrate received, on Tuesday morning, the reports which were dated June 15.

Providence, who is registrar at the MHC, initially told the court that “there were challenges” in having the reports prepared.

The magistrate told the doctor that when the court asks for a report to be done in 14 days, the Mental Health Centre should communicate with the court if it is unable to do so.

Providence, who had initially said that she would not like to comment further on the challenges, later had a change of heart.

She noted that the public in SVG and the Vincentian diaspora read the court reports and form opinions based on a lack of information.

The doctor said she would use the opportunity of her court appearance to document some of the challenges that the psychiatric hospital faces.

Providence said that one of the challenges is the structure of the organisation, adding that this can be expanded to the health care system in SVG.

She further said that some of the challenges are inter-departmental and scheduling.

The doctor said that the centre knows many of the persons that the Court send to the MHC for evaluation.

The three accused persons whose reports caused Providence to be summoned to the court are known mental health cases, she said.

She said that in order to prepare these reports, the MHC is obligated to collect “collateral information” from other sources, adding that everyone saw what “played out earlier this year” — an apparent reference to the Yugge Farrell saga.

Providence said that the MHC staff are not detectives and, therefore, the input of the families of persons sent for evaluation is important.

She said that, in many instances, the centre would make numerous unsuccessful attempts to contact relatives of patients.

The doctor said that the input of relatives of patients is important in verifying certain facts to present to the court.

To illustrate, she said that there was a patient who was making certain claims, including about having a child with a particular person.

As a result of the input of the family, the hospital was able to determine that this claim was part of the delusions brought on by the patient’s mental condition.

She said that in most instances, when a patient comes to the centre for the first time, their relatives are very supportive, but this support declines over time.

The refurbished MHC re-opened in December 2016 with Minister of Health, Sen. Luke Browne, said has internal finishings that excel “some of our most luxurious hotels and resorts”.

It re-opened after two years’ temporary relocation to Orange Hill, without the services of a psychiatrist, a situation that was allowed to continue for four years.

7 replies on “2 doctors to 200 patients at psychiatric hospital”