Court gets late psych reports after doctor is summoned 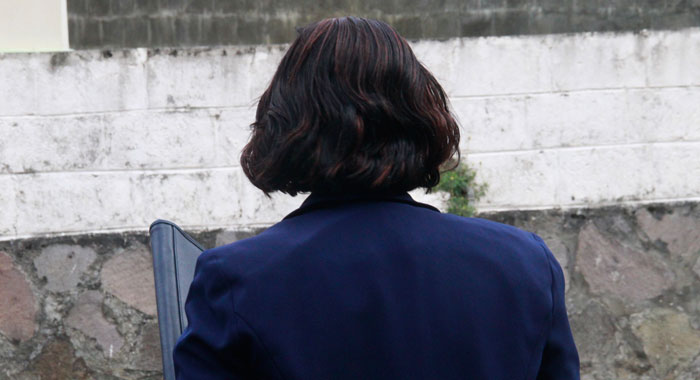 Dr. Karen Providence turns her back to the Kingstown Magistrate’s Court building and makes the sign of the cross after arriving on Tuesday. (iWN photo)

The Kingstown Magistrate’s Court, on Tuesday, received psychiatric reports on three accused persons, weeks after they were due and one day after a doctor was summoned to court to explain the delay.

Registrar at the Mental Health Centre (MHC), Dr. Karen Providence told the court that the reports were delayed because of “challenges” at the centre, which has two doctors to treat the 200 patients.

The magistrate told the registrar that when the court orders the psychiatric hospital to produce a report after 14 days of evaluation, the institution should indicate if there are challenges in doing so.

He further noted that the reports he received on Tuesday, June 19, were dated June 15.

Burnett told the court he had summoned the doctor because the accused men had been in court-ordered hospitalisation since April 9, April 30, and May 2.

He said that he would soon go on seven days’ vacation and this would mean that the accused men would not have otherwise had another court appearance before August.

Burnett further pointed out that the reports he had received has cleared one of the accused men for trial.

The other two, according to the reports, required further hospitalisation.

Providence told the court that the men could need up to two months’ further treatment at the psychiatric hospital, but asked that they be ordered to return for two weeks, initially.

But later in the proceedings, after the doctor had left, the magistrate suggested that one of the accused men, Nyron Alexander, of Clare Valley, was not fit for trail notwithstanding his being so declared by the psychiatric hospital.

The magistrate came to that conclusion based on the interaction with the client during his arraignment.

The man was granted EC$2,000 bail and released into the custody of his mother, who said she was willing to take him home and stand as a surety for him.

Alexander is to return to court on July 24.