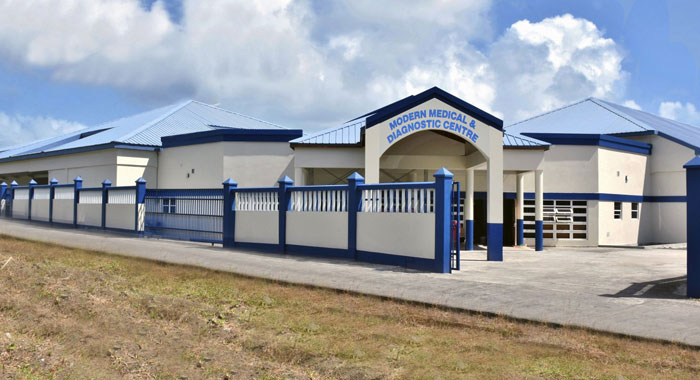 The government of St. Vincent and the Grenadines will charge patients EC$250 each time they undergo haemodialysis at the Modern Medical and Diagnostic Centre (MMDC) in Georgetown.

The price represents half of what the private sector charges for the same service.

Four patients have been identified, but she said that there is a possibility that only two will go through the life-saving procedure today.

The centre began operation last week Tuesday, one day after it was officially opened.

In the years 2015 and 2016, a total of 53 persons died as a result of kidney disease, according to Minister of Health, Senator Luke Browne.

Speaking at last week’s opening, Browne noted that the MMDC will be the first public facility to do haemodialysis in St. Vincent and the Grenadines.

“This is no doubt good news for Vincentians who need this type of treatment, and who would otherwise have a hard time affording it in the private sector,” he said.

The minister said the cost of haemodialysis to an individual varies between EC$30,000 and EC$72,000 per year.

“A person with kidney disease can live a relatively normal life if the appropriate treatment is available and affordable. One of the government’s goals is to prevent avoidable deaths by improving the quality of healthcare in SVG. The Modern Medical and Diagnostic Centre helps the state to achieve this goal,” Browne said.

He said that his government wants persons with kidney disease and other health conditions to be able to access the services they need to live as normal a life as possible.

“We take to heart the words of the current Director-General of the World Health Organisation, an Ethiopian by the name of Dr. Tedros Adhanom Ghebreyesus, who reminded us in a campaign speech at the World Health Assembly in 2017 that persons who need dialysis do not have to die, and they need not become poverty stricken trying to pay for very expensive medical care. They can live a fairly normal life, and that will be the new reality in St. Vincent and the Grenadines.”

Browne said that the government is happy that it has expanded access to haemodialysis in SVG.

“… but we know that dialysis for the kidney patient is meant to be a temporary solution, and we should think about being able to perform kidney transplants. We must not be satisfied with anything but the best in the world,” he said.