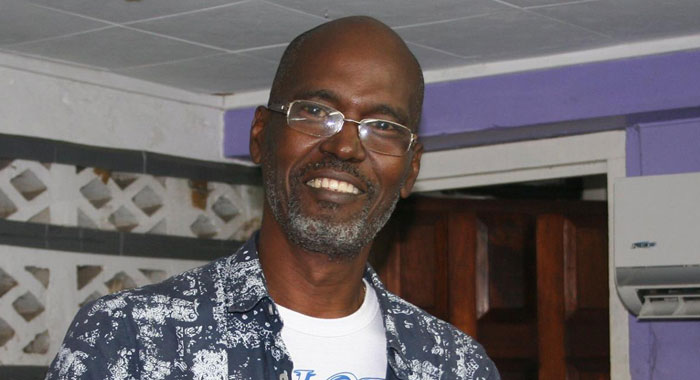 Carlyle Douglas, who host the 10 a.m. to 2 p.m. Saturday programme on NICE Radio, is believed to have been shot by the same men who robbed a shop and beat the owner and his assistant in the Central Kingstown community.

Douglas was shot in the groin area when he looked outside after hearing what sounded like gunshots in his neighbourhood sometime around 9 p.m.

Manager of NICE Radio, Douglas De Freitas, told iWitness News Thursday morning that he received a call from Douglas at 9:09 p.m. saying that he had been shot.

De Freitas, who left the Milton Cato Memorial Hospital, where Douglas is warded, about 10:30 p.m. Wednesday, said that an x-ray had concluded that the bullet had exited his body.

The shop owner and his assistant were also treated at the MCMH for wounds to their heads.

De Freitas told iWitness News that he had gathered from the shop owner and his assistant that they were at the shop when some men came with guns to rob them.

The men, who had ordered the shop owner to close the doors of the business place during their crime, also beat the shop owner and his assistant about their heads with the butts of their guns, resulting in injuries.

After leaving the business place, the assailants discharged some gunshots and ran along the gap where Douglas lives, about 50 yards away, De Freitas said.

He told iWitness News that Douglas told him that the gunfire sounded as if it had come from far away so he went and stood in his porch, which is on an elevation above the road.

De Freitas said that when he received the call from Douglas at 9:09 p.m. saying that he had been shot, he kept the injured man on the line and called the Central Police Station in Kingstown.

He said he was transferred to the Criminal Investigations Department, where an officer told him that that unit could not respond and that they would have to get police from elsewhere in Central Kingstown to go to the scene.

De Freitas said he then called the Milton Cato Memorial Hospital, where he was told that the ambulance could not respond until police had secured the scene.

He said the case highlights a need for better co-ordination between emergency response agencies.

De Freitas said that when he saw Douglas at the hospital he forgot to ask him how he was transported there.

9 replies on “Radio personality shot, two others injured during robbery”