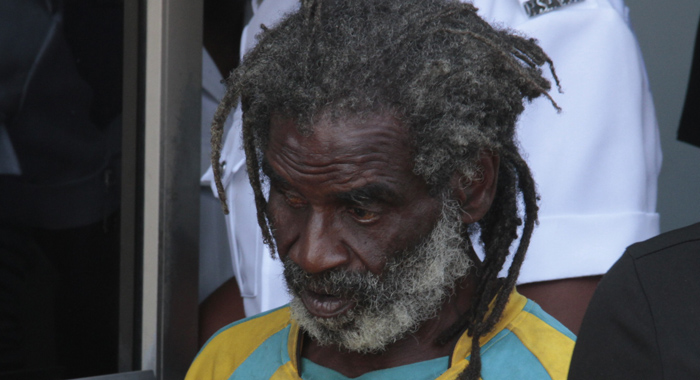 Daniel Edwards will spend the next month in jail. (iWN photo)

A 56-year-old drifter around Kingstown was on Monday jailed for one month after pleading guilty to a charge that he swore at the acting police chief.

The court heard that the police chief was patrolling Kingstown around 3 p.m. and went to Heritage Square, where he saw Edwards misbehaving and cursing persons.

The police chief spoke to him again and Edwards made the statement upon which the complaint rests.

The defendant told Senior Magistrate Rickie Burnett that he was drunk when he was misbehaving and cursing the top cop.

The magistrate told Edwards that he should not curse people generally, adding, “But to tell the Commissioner of Police these words, that is disrespect.”

The defendant told the court that he did not do so willfully.

After disposing of the matter, the magistrate immediately stood the court down for five minutes.

Although not stated, the reason for the break was to allow the police officer to remove Edwards from the courtroom and for court workers to spray air fresheners.

Daniel reeked of urine during his court appearance.

(Correction: Edward was jailed for one month, and not one year, as earlier reported.)

11 replies on “Man jailed for swearing at police chief”