Friday calls on COP to quit over sex allegation 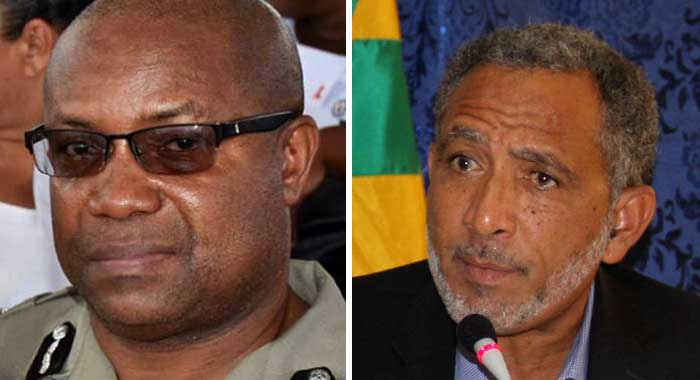 Leader of the Opposition Godwin Friday says acting Commissioner of Police, Colin John, should step aside to allow for proper investigation of the sexual assault accusation made against him by one of his juniors.

A Sergeant of Police has written to the commissioner giving him seven days to respond to allegations reportedly made by the officer’s wife, a police constable.

Speaking at a town hall meeting in New York on Sunday, Friday noted that a police officer facing a member of criminal charges has accused the top cop of beating him while he was in custody.

“… this matter of the sexual assault allegation against the commissioner requires that the commissioner of police step down. I am saying that in this situation you can’t be at the head of a force that is supposed to investigate an offence of that nature while you are there.

iWitness News understands that the sergeant of police copied his letter to other national security officials and the Police Welfare Association.

John has remained largely silent on the allegation but on Sunday, Searchlight newspaper published some 40 screenshots from his phone of a sexually-explicit WhatsApp conversation between the top cop and the junior officer.

The publication did not say how it obtained the screenshots from the commissioner’s device.

On Monday, John rebuffed question about the allegation in a call to Boom FM, saying the scandal was blown out of proportion.

“I really would have preferred not to be on air, but, out of respect for your station, I said I would just call.

“I made certain comments to the printed media last week and I am really prepared to stick by that, I do not wish to go any further. I have what I will regard as more important things to do, which is the security of the nation and I would really prefer to concentrate on that instead of having to deal with this issue because it is blown out of proportion as far as I am concerned.

“It is something that I have to deal with but I would really prefer to occupy my time doing what I am paid to do, instead of dealing with personal issues and personal allegations. So that’s all I am willing to say.”