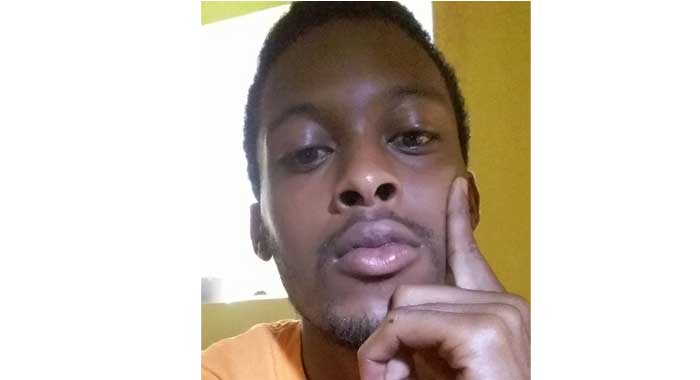 Police have arrested and charged a Cane End man with murder in connection with the death, last Friday, of a female resident of Sayers, another Mesopotamia village.

Desron Roberts, 22, was brought before Chief Magistrate Rechanne Browne-Matthias at the Serious Offences Court in Kingstown, on Monday, charged with the murder of 30-year-old Rodesha Bailey.

Bailey’s body was discovered about 3:50 a.m. on Oct. 26 in Sayers, Mesopotamia with stab wounds.

Roberts was not required to plea to the indictable offence and bail was not open to him.

The accused murderer was remanded into custody until Feb. 11, 2019, when a preliminary inquiry is slated to begin.

Bailey was one of two persons found dead on the eve of the nation’s celebration of its 39thanniversary of independence from Britain.

Investigators are alleging that on Oct. 26, between 11:09 a.m. and noon, at Byera, Barker-Caine caused the death of Fitzgerald Gregory Morris, 59, by chopping him about his body with an unknown object.

Police are also investigating the death of Shania Johnson, 19, of Biabou, whose body was found in Akers on Sunday morning, two days after her family last saw her alive.

Johnson, the mother of a 10-month-old baby, was employed under the government’s Support for Education and Training programme and was assigned to the New Prospect Primary School.

Her family last saw her alive on Friday morning when she left home to go to Kingstown to collect her salary and buy items for her child.

Her body was discovered in some bushes along the roadside in Akers Sunday morning.

The body had some injuries to the face but no obvious punctures or fracture, a senior police officer told iWitness News Sunday afternoon.

One of Johnson’s relative had told iWitness News Saturday morning that her family became concerned when she did not return home Friday night.

“She has a young baby, so she wouldn’t go out or sleep out without her family (sic) knowledge. Apparently one of her family member (sic) called and she said a male picked up and said she’s dead, and hang up,” one of Johnson’s cousins said via WhatsApp.

Correction: In an earlier story, iWitness News incorrectly stated that someone had been charged in connecting with Johnson’s death. We apologise for the error, which resulted from a miscommunication.