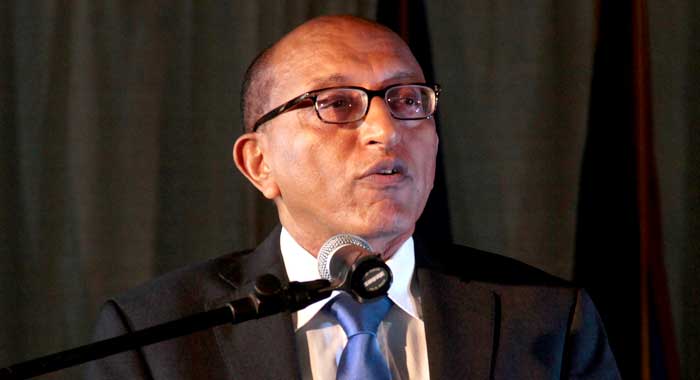 BRIDGETOWN, Barbados — Young people have an important role to play in food production and agriculture throughout the Africa, the Caribbean and Pacific (ACP) Group of States.

But if the sector is to be attractive to young people, agriculture has to be made “much more modern, much more attractive, much more profitable,” says Michael Hailu, director of the Technical Centre for Agricultural and Rural Co-operation (CTA), which works in agriculture in the ACP region.

The 15th Caribbean Week of Agriculture was held under the theme “Strengthening Agriculture for a Healthier Future in the Region”.

It provides a forum for ministers of agriculture, planners, regional organisations and other key agricultural stakeholders in the public and private sectors of the region, to meet to discuss major issues affecting the agricultural sector in the region.

During the five-day period of the event, regional organisations took the opportunity to host a number of workshops.

Among the topics to be covered under the technical workshops are the development of the regional coconut industry, youth employment and entrepreneurship, climate resilience in the agriculture and fisheries sectors, small ruminants and the school feeding programme.

“… so that means there is a whole issue of food and nutrition security but also related to employment and decent jobs,” he said, adding that the region has to get many of its young people interested and working in the agricultural sector.

“… and we believe that there is a lot of opportunities, whereas the interest of young people is not that much in going into agriculture,” he told iWitness News.

Hailu said the CTA sees one of the central entry points for young people in the agricultural sector as being leveraging technology, especially, ICT to generate interest in the sector.

He said his organisation has a number of programmes encouraging young entrepreneurs providing digital solutions in the agricultural sector.

He said that while there have been areas of success where a lot of young people have entered the agriculture sector and become successful, there is still a far way to go.

“But still, when you look at the number of young people entering the labour market, and how many of those are actually engaged in agriculture, agribusiness, you still have a long way to go. So that means we have to do a lot of work around mindset change, we have to make a lot effort to make agriculture more modern, exciting and attractive to young people, we have to work around the policy environment, the enabling environment because young people really find it difficult to access capital, to access land, all the support that’s needed to make agriculture a success.”

“… greater youth involvement in agriculture is not only important in bringing new ideas and vitality to the sector but also guaranteeing sustainability well into the future.”