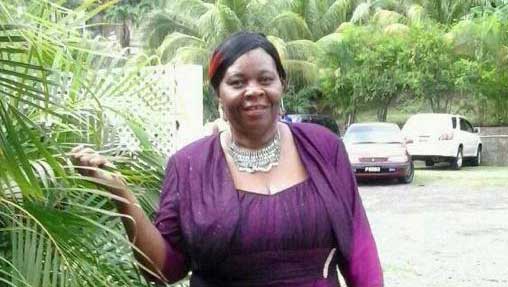 For the second time this year, a woman has died of a blood clot after being treated at the Milton Cato Memorial Hospital (MCMH) for a broken leg.

“I want the Minister of Health and Mr. Gonsalves [the prime minister] to look into that for me,” Peggy Marks, Huggins’ sister said in a call to Boom FM on Monday.

“Even though I cannot bring back my sister, at least give us that. Look into it. Look into the hospital. Get all the doctors and nurses together and let them know they have a job to do. They cannot save every life but they can do something to prevent death with a simple complaint,” Marks said.

She said that after Huggins injured her leg on Oct. 18, doctors told her that a piece of her anklebone had “slipped away and it needed one screw … just to put it back”.

Surgery was needed to do this and the hospital placed a cast on Huggins’ leg and scheduled the surgery for Oct. 24, Marks said.

Huggins went back to the hospital on Oct. 24 and the staff kept postponing the surgery, her sister said.

She said that the night of Oct. 26, her sister called her saying she began feeling “funny” after a nurse inserted some “drips” — a colloquial term for IV fluid.

“While she is speaking to me, the short wind started to hit her. She was getting shortness of breath. I turned to her and I said did you tell the doctors and nurses what are (sic) happening to you,” said Marks.

Marks told Boom FM she told her sister that she should have removed the fluid.

Huggins had said the staff had done nothing after she complained of discomfort after the insertion of the fluid.

Huggins would die four days later of what an autopsy concluded was a blood clot.

“They did the autopsy and they came back saying that she created a clot and the clot travelled to her heart and killed her — a blood clot,” Marks said.

“But hear what my question is for any doctor or nurse that are listening to me this morning is: I am your patient and you know that by putting off a surgery it can create a clot and an infection, what do you think that doctor and the nurses should have done? Not to give her the treatment that would have prevented the clot?”

Marks said no explanation was given about why the surgery postponed.

She, however, said that the doctors had done a heart exam and a blood test on her sister.

“Everything was perfect. That’s what they told us. Nothing, no sickness nor nothing.”

“I don’t want this to happen to nobody else again. Somebody need to speak up and my sister cannot speak up and I will be her voice.

The grieving sister said that after Huggins’ death, she was so angry, “I went there and I speech them off. And I told them I don’t want to hear nothing from none of them…

She, however, said that the doctors spoke to her brother-in-law.

Marks speculated that the IV fluid might have had an untoward effect on her sister’s health.

She said she told one of the doctors if she had money she would have sent a blood sample from her sister to Barbados or Trinidad for analysis.

“I told her so to her face and she hasn’t said anything to me when I say that.”

She questioned why her sister was not treated for a potential blood clot.

“I am not a professional but I know that.”

“Somebody need to look into the health system. I don’t want this thing to happen to nobody else. It’s hurtful to see a broken foot. If she was sick with something else, I woulda accept it, because we cannot fly in the face of God. But a simple break foot that you leave there to create a blood clot and travel all these days to my sister heart and kill her?

“She was my right hand, she was my everything and I lose a sister just like that…” Marks said.

Huggins will be buried in Bequia on Thursday.

On Feb. 24, Latoya Prince, 34, of Chauncey died of a blood clot three weeks after breaking her leg when the minibus in which she was travelling crashed at Gibson Corner.

She died on the way to MCMH, three days after beginning to complain about chest pains.

Prince was initially treated at the MCMH, where her entire leg was placed in cast.

Her family has said that she had complained about the cast being too tight and was reportedly not given any medication to prevent a blood clot.

The MCMH, in keeping with international standards and practices does not comment to the press on the health condition of its clients or the factors surrounding their death.