High-profile sex accused will be investigated too — COP 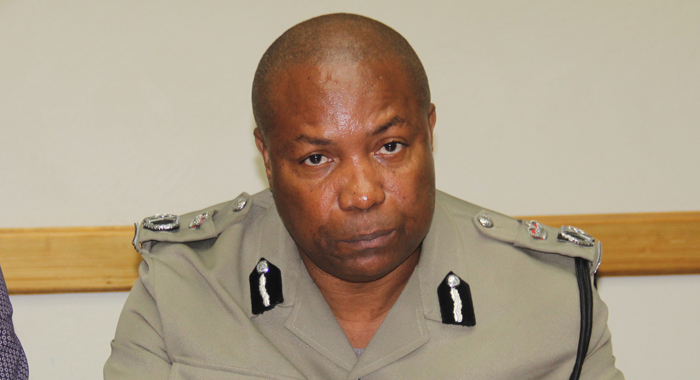 The newly launched Sexual Offences Unit of the Royal St. Vincent and the Grenadines Police Force will investigate all sex crimes that fall under its remit, including allegations against high-profile persons.

“We investigate every offence. There is no one except diplomats who are immune from prosecution,” acting Commissioner of Police Colin John said at the launch of the unit in Kingstown on Wednesday.

“So once credible information is brought forward, we will deal with it as it comes,” he said.

Meanwhile, John said that where necessary and available, forensics are to be used in sexual offence trials.

“We have a forensic lab albeit with some limited capacity but we also have the privilege of interacting with other regional or even international bodies as regards forensic evidence.”

He said that once the forensic evidence is available and necessary it will be used.

The police chief, who is a lawyer and former prosecutor, said that not all cases will need forensic evidence to secure a conviction.

Before the establishment of the Sexual Offences Unit, a victim of a sex crime would go to a police station and a female officer at that station would handle the matter.

“The female may not have been the best trained person to deal with that offence at the time. But what would happen now, let say an offence was committed in Calliaqua, the police in Calliaqua would entertain the initial report and the file would then be sent to a member of the Sexual Offences Unit for them to investigate that matter,” John said.

The eight-member unit will be based at the Questelles Police Station, where the telephone number is +1-784-456-1750.

The commissioner said he couldn’t say if there is any particular case that would occupy the immediate attention of the unit.

“We will have to look at the file and determine that but I can’t state particularly.”

John noted that there are provisions under the witness special measures act where, in sex cases, the accused is not allowed to question the virtual complainant directly but must do so through a lawyer.

If the accused does not have a lawyer, legal aid would be provided to the accused.

John said that while the unit does not include a counsellor, one could be made available when necessary, as is the case currently.