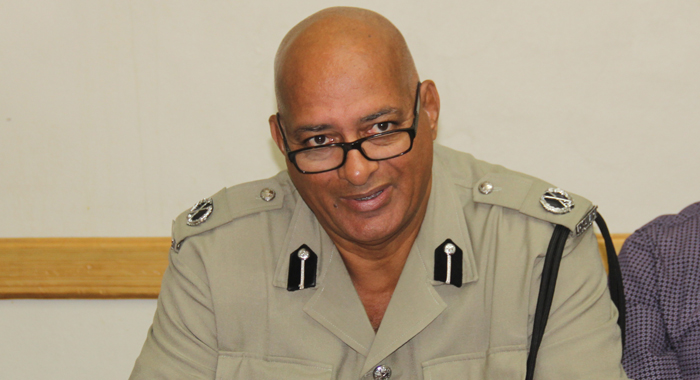 A senior police officer is being called upon to “walk back” a comment he made on Wednesday about puberty-related hormones and a lack of parental guidance causing girls under the age of 13 to fall victims to unlawful sex.

“This is absolutely appalling and I could only put it down to a kind of male acceptance that we have in St. Vincent and the Grenadines and it starts from the head,” opposition lawmaker Sen. Kay Bacchus-Baptiste said in response to the police officer’s comment.

At the launch of the Sexual Offences Unit of the Police Force on Wednesday, Assistant Commissioner of Police with responsibility for crime-fighting, Richard Browne, said St. Vincent and the Grenadines is seeing an increase in reports of sex crimes.

He was asked whether these cases were statutory rape, incest, or rape.

“I would just say that most of the offences that we have on our books now are offences of unlawful sexual intercourse with a girl under the age of 13 and we know that those  — I can’t find the right word right now, the word is in my head, but I can’t find it. The hormones then that work in the young ladies and the lack of guidance as well in the homes is part of our problem.

Speaking Friday on New Times, her New Democratic Party’s radio programme on NICE Radio, Bacchus-Baptiste said Browne must have misspoken when he made the comment.

“There is a sort of pervasiveness in the society and an acceptance of these sexual offences against women that you can blame the woman and I think Richard misspoke.

“I am going to give him that. He could not, as a senior police officer, in his head, give as the number one reason, the first thing that came to his mind when asked by a reporter in a news conference that he knew he was at, knowing the topic that was to be discussed, obviously he was unprepared and the first thing that would come to his head that it is the hormones of the young girls that can cause these sexual offences? It is appalling and I really think he has to walk this comment back. We have to call upon him to walk it back.”

The senator said that the senior police officer should amend the statement without being asked.

“In fact, he shouldn’t have to be asked. He should just do it on his own, because I am going to say that he misspoke, that he was unprepared, and psychologically, he has said something that most men would probably be thinking, and what he has probably done is expose the demon in this whole affair that you blame the woman. We cannot take this lightly.”

The nine-member Sexual Offences Unit will investigate reports of unlawful sexual intercourse with a girl under the age of 13 and sex crimes against visitors.

Offences such as unlawful sexual intercourse with a girl 13 years old but less than 15 will continue to be investigated by police officers in the districts where they occur.

The Sexual Offences Unit is based at the Questelles Police Station and can be reached at telephone number +1-784-456-1750.