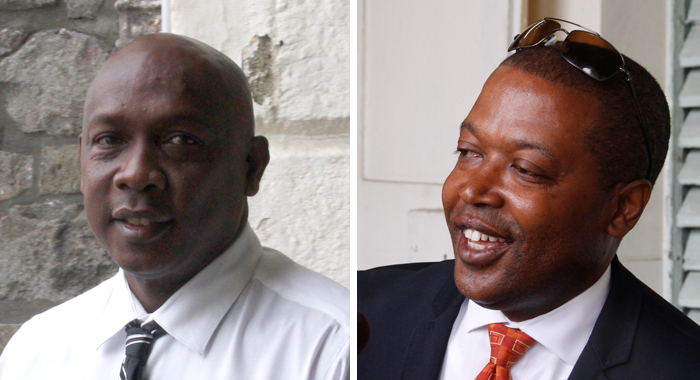 The High Court has dismissed the June 19, 2018 application by lawyers for the opposition in the election petition cases for disclosure of certain election documents.

The ruling on Tuesday is the third such ruling in the three-year trial of the election petitions that the main opposition New Democratic Party (NDP) has filed challenging the results in two constituencies in the December 2015 general elections.

Earlier this year, Justice Esco Henry rejected an application by the petitioners to inspect the ballot boxes and their contents.

Over the past three years, the election petitions have sought to determine whether the declaration that Montgomery Daniel and Sir Louis Straker  — of the ruling Unity Labour Party — are the elected representatives in North Leeward and Central Leeward are void.

They have alleged that serious irregularities took place in the polls, and are seeking, among other things, declaration that the elections in the two districts are void.

They had also sought specific disclosure of the notes purportedly made at the final count of the ballots in Central Leeward election by election clerk, Clyde Robinson.

The petitioners also applied for costs in the matter.

The petitions based their application on the grounds that documents sought are directly relevant to the matter at issue in the petitions and are not prohibited under rule 53 of the House of Assembly Election Rules (HAER).

They further submitted that the relevant laws permit specific disclosure of the referenced election documents.

The respondents, however, submitted that the application for specific disclosure is the third of its kind and ought to be dismissed on the grounds that it is a “naked abuse” of the process.

They contended that, in any event, the disclosure does not assist the petitioner, having not pleaded, as required by law, that the result of the election was in fact affected.

In her ruling, Justice Henry said the petitioners have not advanced any reasons why they did not seek disclosure of those documents when they filed the first or second application for inspection.

“They have not directed the court’s attention to any pleading from which the court could conclude that the documents are relevant.

“It is not for the court to investigate this independently of the petitioners, less (sic) it be accused of stepping into the arena.

“The court will refrain from conducting an exercise which would require it to review and analyse every paragraph in the petitions to determine whether such matters are pleaded,” Justice Henry said.

She said she was of the view that there is no need for the petitioners to apply for specific disclosure of the referenced documents in the case, when they could have invoked the court’s power pursuant to rule 52 of HAER for production and inspection.

“Therefore, it seems to me that the petitioners neglected to make such application when the two previous applications/motions were made for such production and inspection. They have not identified any pleadings where reference was made to the subject documents or their relevance highlighted expressly or implicitly.”

Justice Henry said she was satisfied that the petitions could have made this application for specific disclosure at an earlier stage and that they failed to do so.

“They have not explained why. I am, therefore, unable to determine if they had good reason for such failure. I am satisfied that to grant the referenced application would run afoul of the abuse of court principles,” the judge said, adding that for those reasons, the application is dismissed.

The judge said that the respondents made no extensive submissions on the motion and she, therefore, makes no order as to costs.

12 replies on “Petitioners lose another application to inspect election documents”