The God who took off His Shoes 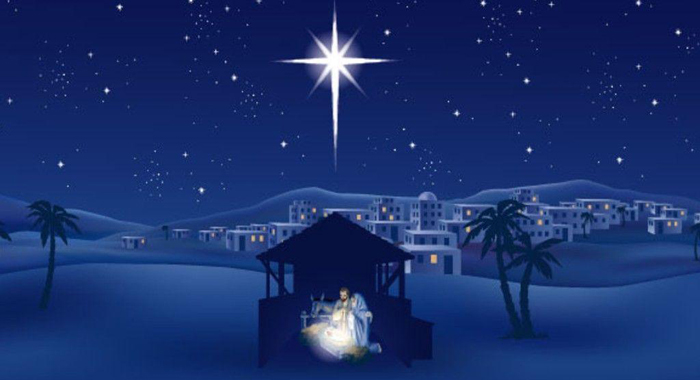 I did not stay in my shoes and wonder

No, I took off my shoes and I wandered

And as I walked, I thought of what I was doing

And what I had done,

I had taken off my shoes.

The muck between my toes

The blisters under my soles

And the sand all over my feet

Were certainly not a dream, nor an illusion

All of it was real.

For I had taken off my shoes.

Real as sweat a paste with dust

When I take off my shoes

When I take off my shoes and wander rather than wonder.

It may be said that not many persons today walk about without shoes, thus not many would identify with this experience. Be that as it may, of the variety of barefoot-walking, some may have had the experience of walking without shoes on the “hot pitch” bathed by the midday sun, and may have had the “bottom foot” assaulted by everything on the road. Chalk it up to “boy days” or “girl days”! Of course, others may have had no choice. They simply did not have shoes! Or the one pair of shoes was for church. Unbeknownst, however, this self-privation or lack would have provided the ground/context for a profound encounter of two fundamental realities: the physical world and human conditionality/human stuff. In this encounter, the “taking off of the shoes” renders the human vulnerable to the physical world. Moreover, in a world in which human wellbeing and security are vested in “things” – shoes, clothing, and other paraphernalia (symbolically used) – the “taking off of the shoes” not only signifies human vulnerability, but likewise the divesting of what is considered important for human self-preservation.

“To take off the shoes” is a metaphor for the incarnation, the mystery of God becoming one like us, human. And this is what we celebrate at Christmas. The evangelist, John, captures this when he says in the prologue of his gospel: “In the beginning was the Word: the Word was with God and Word was God (1:1, The New Jerusalem Bible)… The Word became flesh and lived among us… (1:14) St. Paul, in his Galatian correspondence, puts it this way: “but when the completion of time came, God sent his Son, born of a woman, born a subject of the Law, to redeem the subjects of the Law (4:4-5). The incarnation is mystery because it is not accessible by virtue of human reason but by faith through divine revelation. As such, it is God who discloses to us what is shrouded in mystery. To say, therefore, that God took off His shoes and chose “to wander rather than wonder” is to confess that God divested himself of his divinity and assumed our humanity (since what is not assumed cannot be saved). Again, St. Paul assists us in his Philippians brief: “Make your own the mind of Christ Jesus: who, being in the form of God, did not count equality with God something to be grasped. But he emptied himself, taking the form of a slave, and becoming as human beings are; and being in every way like a human being, he was humbler yet, even to accepting death, death on a cross… (2:5-11).

By professing belief in the incarnation, that is to say, “God took off His shoes”, is to declare, as in the thinking of St. Paul, that God rendered himself vulnerable to the physical world and human conditionality. God opted to be born of human parents, to live in a particular geographic locale, at a certain time in human history, during the Roman hegemony of the Ancient Near East; to grow from childhood to manhood, to be of the Jewish race and culture, and of a particular family lineage; to eat, to drink, to sleep, to pray, and to practice his religion (Judaism). God did not stay at a distance (See Bette Midler’s “From A Distance”). God stooped down to us (cf. Ps 40:1). God “small-up” Himself. God came and mingled with us (See Carey Landry, “Great things happen when God mixes with us”) in order that we may avail of God’s gift of salvation in Jesus Christ, Son of God and Son of Mary.

But to “take of the shoes” also implies risk-taking, that is the risk of leaving one’s zone of protection and comfort and venturing unto an unfamiliar landscape. It is like one who is travelling out of St. Vincent and the Grenadines for the first time to destination Europe, Asia, Africa, South America or North America. In reminiscing, it is not unusual to hear stories of culture shock because of the experience of changed geographic, social and cultural realities. Can we not say that God took a risk when he chose to become one like us? Consider for a moment: had Joseph suggested an abortion on the discovery of Mary’s pregnancy through the Holy Spirit (cf. Matt 1:18-25; Lk 1:35), and had Mary acceded, what would have been the result? Deicide? Jesus would be killed in time, nonetheless, the inevitability of the cross (cf. Mk 8:31-33; Matt 16:21-23; Lk 9:22; See also Jn 3:14-15). In all of it, God did not protect himself (self-preserve). He subjected himself to living in the world which was his own domain though humans did not recognise him because he had chosen to wander rather than wonder (cf. Jn 1:10-13).

As disciples of Jesus Christ, in this geographic space call “Hairouna”, Home of the Blessed, we are called to imitate the God-Man, Jesus Christ, by “taking off our shoes”. The vocation of the Christian is not one of standing and wondering (…like the “Naughty Boy” who ran away to Scotland – John Keats), or in the gospel context, idling (Matt 20:1-16, esp. 6). The feet of the Christian are meant to impress the landscape with the good news that God is with us (cf. Matt 1:23). And just as God made himself vulnerable and did not protect himself from the vagaries of the human condition, so too, must we.

“To take off the shoes”, therefore, means getting involved in the lived realities of the Vincentian landscape, whether or not this translates “crime and violence intervention”, “cannabis conversations”, “court connected mediation”, “restorative justice”, “vagrancy in the city”, “frustrated youths”, “excessive spending at festive times”, “entertainment without limits”, etc. Christmas and the incarnation would only impact meaningfully our troubled social and cultural landscapes when Christians get involved, that is, like God, in Jesus Christ, choosing “to take off the shoes” and wander rather wonder.

The SVG Christian Council takes this opportunity to wish you a Blessed and Holy Christmas.

One reply on “The God who took off His Shoes”