Why are some C’bean constitutions more difficult to amend? 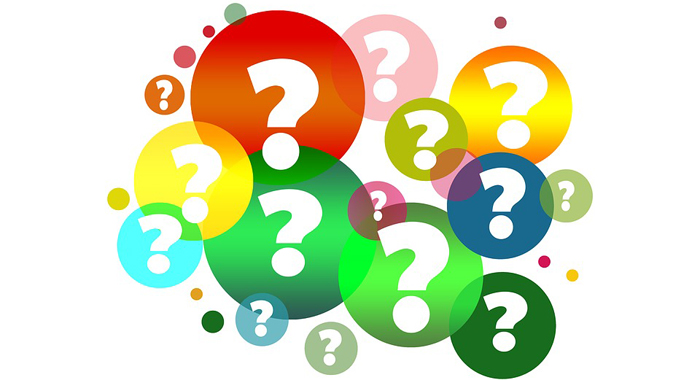 Understanding why the Caribbean Court of Justice (CCJ), the final court of appeal meant to replace the Judicial Committee of the Privy Council (JCPC), has only attracted four countries –Barbados, Belize, Dominica, and Guyana — of 15 potential members, and why the two constitutional referenda in Grenada and Antigua and Barbuda to join the CCJ both failed by a huge margin on Nov. 6, 2018 requires considering both Commonwealth Caribbean constitution-making and popular belief.

With only a few exceptions, the Commonwealth Caribbean countries have retained nearly all features of the constitutions bestowed on them by the British Parliament when they were granted independence between 1962 and 1983. This is because their constitutions, like many constitutions around the world, were deliberately crafted to restrain radical change or subversion by a single capricious or fraudulent vote in an elected assembly or rigged referendum.

Except for Guyana, Commonwealth Caribbean constitutional reform has only involved countries or issues without citizen referendum requirements as in Barbados, Belize, Dominica, and Trinidad and Tobago, the first three easily joining the CCJ on that basis.

For example, although Trinidad and Tobago has not joined the CCJ, the absence of a constitutional referendum requirement allowed the country to become a Republic in 1976 using a two-thirds legislative majority under the popular rule of its founding Prime Minister Eric Williams.

In Guyana, several constitutional amendments not requiring a referendum were enacted in 1970 including replacement of Queen Elizabeth by an elected presidential Head of State and abolition of the right to appeal to Judicial Committee of the Privy Council. These changes were not enough to satisfy the country’s notorious Prime Minister, Forbes Burnham (1964-1980), who wanted to turn Guyana into a one-party “Socialist Cooperative Republic.” He did so by proposing a Bill amending the Constitution to remove the majority referendum requirement for the constitutional reforms he wished to enact. Passage of this Bill itself required a referendum that Burnham’s Peoples National Congress (PNC) easily won by what most observers believe was voter suppression and ballot stuffing combined with pre-election intimidation. After the Bill was enacted, large parts of the Constitution were amended by a two-thirds majority of a National Assembly itself said to have been long hijacked by PNC electoral fraud.

The Guyana example goes to the heart of why our former British masters made it more difficult for some of its colonies to amend their constitutions than others.

According to legal scholar Derek O’Brien (see Note 1 below), there exists in the Commonwealth Caribbean an “amendment culture” rooted in a general aversion to constitutional change. This antipathy is defined by a deep distrust of the political and legal elite by both the former British colonial government and ordinary West Indians.

Why is there all this variation between countries? The answer is that the generalised “amendment culture” was focused more on some emerging states than others.

As far as referenda are concerned, only three former colonies — Antigua and Barbuda, Grenada, and St. Vincent and the Grenadines (SVG) — require approval by two-thirds of the electorate to effect constitutional change.

This is partly because the 1967 West Indies Act that granted Associate State status to the six Eastern Caribbean colonies of Antigua and Barbuda, Dominica, Grenada, St. Kitts and Nevis, St. Lucia, and SVG as a transitional stage to full self-determination contained a choice reserved to the Crown between allowing independence through either a British parliamentary vote or a decision by an Associate State with the support of no less than two-thirds of all the elected members of its legislature and no less than two-thirds of votes in a referendum.

Notwithstanding the British Government’s doubts about the wisdom of referenda as an expression of the people’s will and its unilateral granting of independence to the countries in question, presumably because they rightly feared most of the Associate States’ people would vote against independence — an interpretation the results of subsequent referenda supports — such requirements were still entrenched for major amendments in the independence constitutions granted to the six Associate States.

But this still does not answer why Great Britain used exactly the same formula, one requiring a very high threshold to succeed, indeed the most onerous in the region, for constitutional amendments in only three of these six states: Antigua and Barbuda, Grenada, and SVG.

The reason is that it wished to make it very difficult for these countries to revise their constitutions for fear that this would cause Burnham-style repression given the extant political situation and culture in these three countries:

“The inclusion of a referendum requirement in their case arose instead from the British Government’s deep distrust of the region’s independence leaders; especially Gairy in Grenada, Vere Bird in Antigua, and Ebenezer Joshua in St Vincent and the Grenadines, all of whom had fallen foul of the Colonial Office at different times on their country’s journey to independence. It is thus no coincidence that the independence Constitutions of these three countries contain some of the most heavily entrenched constitutional provisions to be found anywhere in the Commonwealth, let alone the Caribbean, requiring two-thirds approval in a referendum [and two-thirds in the House of Assembly] before they can be amended” (Derek O’Brien, 2017).t

Sir Vere Bird, a poorly educated man, was constantly charged by his political opponents with corruption and cronyism for viewing his government as essentially a “family business” in which dynastic succession needed to be assured by the election of his son, Lester, as the next prime minister; Ebenezer Joshua, who also had only a primary school education, was married to a woman though widely believed to be illiterate still managed to be elected as a parliamentarian and appointed by her husband as minister of education only to be arrested and charged with conspiring to set fire to the Public Works Department in 1969; charismatic Eric Gairy, the first Prime Minister of Grenada and a staunch believer in “flying saucers” who was charged with too many transgressions to even briefly list them here.

The constitutional amendment results in these and other Caribbean countries have been as many predicted: of the seven constitutionally permitted referenda in the post-independence era in Guyana, Nevis, the Bahamas, SVG, and Grenada (twice), and Antigua and Barbuda only the first succeeded, and only then through chicanery.

Of the others, additional features of the anti-amendment culture, most of them internalized by ordinary people but having nothing to do with the pro-colonial slave mentality speciously peddled by various elites as explaining antipathy to the CCJ, have ruled the day:

The conservative nature of Caribbean political culture.  The idea that if a jurisprudence system is not broken, it should not be fixed is well exemplified by the following comments by Norman Manley, the first Premier of Jamaica, regarding his attitude at the time about negotiating the country’s independence constitution:

“I make no apology for the fact that we did not attempt to embark upon any original or novel exercise for constitution-building. We had a [British] system which we understood; we had been operating it for many years with sense. It’s a system which has endured in other countries for generations successfully. It is a system which is consistent with the sort of ideals we have in this country, and it was not difficult to decide that we would follow that familiar system with those modifications which we thought the circumstances of Independence deserved.”

Respect for British culture and institutions among the masses. Whether openly or subliminally, many Caribbean people, especially migrants who have returned from England to retire in their native lands, have a reverence for and attachment to the local expression of British institutions and practices like the mainstream churches, the education system, and the politico-legal superstructure, even as they simultaneously are suspicious or fearful of their occupants, that have always been an intrinsic part of our Caribbean civilization whether in bastardized form or not.

Contempt for the self-serving hypocrisy of the elite. It is widely recognized and viewed with derision that some of the loudest cheerleaders for constitutional reform, especially changes that would distance the constitutions from their British roots, including discarding appeals to the JCPC, have been the happy recipients of such British honours as knighthoods and membership in the Privy Council.

Political tribalism. Political consensus, even when it might be in the best interests of all citizens, is nearly impossible in our winner-take-all, first-past-the-post political culture. If a ruling party proposes a constitutional amendment, the knee-jerk reaction of the opposition and their beguiled supporters is to block it on no good substantive grounds.

Cynicism regarding elite intentions. The eagerness of the political elites and their legal profession and intelligentsia sycophants to fiddle with their constitutions has evoked a healthy sense of scepticism among ordinary citizens. Why, for example, is there such zeal to replace the age-old JCPC with the new-fangled CCJ unless the power holders expect preferential treatment from their friends on the court should they ever be convicted of some serious crime is an oft-heard refrain.

Together with a generalized grassroots distrust, even fear, of all persons occupying positions involving the influence and power of the state – the police, the legal fraternity, the courts, and the political establishment — these anti-amendment features help explain why the constitutional referenda in Antigua-Barbuda and Grenada on November 6 resulted in a sound rejection of CCJ.

Note 1. A more comprehensive discussion of some of issues treated here may be found in an excellent review and analysis by British legal scholar Derek O’Brien titled “Formal Amendment Rules and Constitutional Endurance: The Strange case of the Commonwealth Caribbean,” in The Foundations and Traditions of Constitutional Amendment, Richard Albert et al, editors, Hart Publishing, Oxford, 2017, pp. 293-313.

This is the eighth in a series of opinions about Caribbean constitutional reform, with special reference to the Caribbean Court of Justice. The others are listed here.

One reply on “Why are some C’bean constitutions more difficult to amend?”