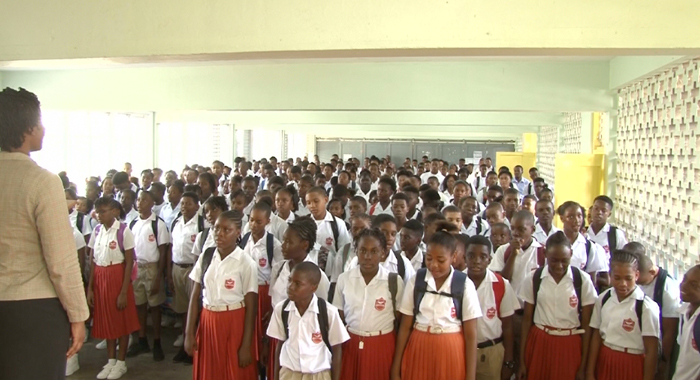 The North Union Secondary School is celebrating its 40th anniversary under the theme, “40 Years of Existence Generations of Excellence”.

The school, which has a population of 400 students, commenced the celebrations with a church service at the Streams of Power Church and continued with the unveiling of a banner and a tree planting ceremony today (Tuesday).

Teacher at the school and chairperson of the 40th anniversary committee, Rosemarie Ryan-King said the school’s plans to commemorate this milestone, include:  a 40-leg relay on Jan. 18 with each leg being represented by a student from each year, the renaming of the houses in honour of the current and past principals, (Henry, Morris, Williams and DaSantos), a t-shirt day on Feb. 1 (both past and present students), a panel discussion on March 13, a fundraising activity on April 5, and role reversal on April 22.

A mentorship programme for males will also be launched on April 22 with a Village Day on July 4.

Meantime, principal of the school, St. Clair DaSantos expressed his elation and pride on the school’s accomplishment.

He noted that over the years the school has been known for its public speaking achievements, among other positive attributes.