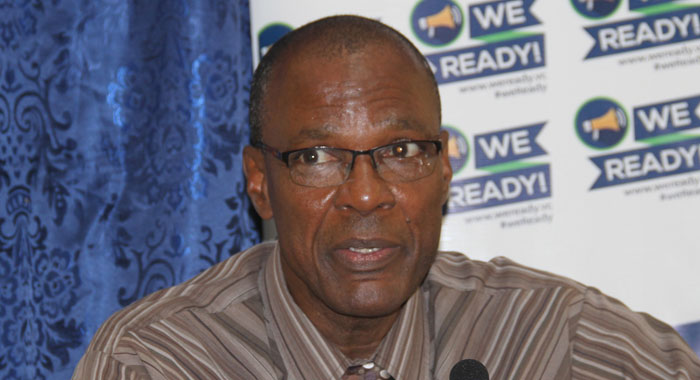 “The ruling of Justice Esco Henry has brought to light what people have been alleging for years,” Cummings said Wednesday on “New Times”, his New Democratic Party’s daytime programme on NICE Radio.

“We will recall that when the ULP came to power — as they like to say — that very many public servants were treated in a very atrocious manner.  I refer to people at the level of permanent secretary — Brenton Bailey and, subsequently, people like Peggy De Freitas — and many others, some of whom were unceremoniously removed from their posts and placed in offices with hardly a desk, with no assignments and no title,” Cummings said.

“We have long said that the rules do not permit for this kind of behaviour,” he further told listeners.

In her ruling, Justice Henry held that the PSC broke specific public service regulations when it overlooked, for advancement, five public servants, all of whom have not been promoted for more than a decade, and, in one case, for 28 years.

Cummings said: “There is clearly a defined pattern of behaviour on the path of the so-called labour government, to bring down the rule of law and order and to give all power to one man…”

The opposition lawmaker accused Prime Minister Ralph Gonsalves of interfering “in all levels of administrations — not just in the public service but also in the statutory bodies and companions like VINLEC”.

Cummings — a former manager of the state-owned Central Water and Sewage Authority — said:

“I have been there and I am speaking first-hand.”

Gonsalves has repeatedly stated that he does not interfere in the internal working of government ministries and agencies beyond what the law allows.

“I, therefore, place squarely at his feet the debacle that has now befallen the so-called PSC headed by [Cecil] “Blazer” Williams because there’s no doubt in my mind who calls the shots and who is responsible for the mess that we find ourselves in. “SVG must be the laughing stock of the world. There is no reputable government that would allow itself to be brought to its knees by such a law court in such a shameful manner,” the opposition legislator stated.