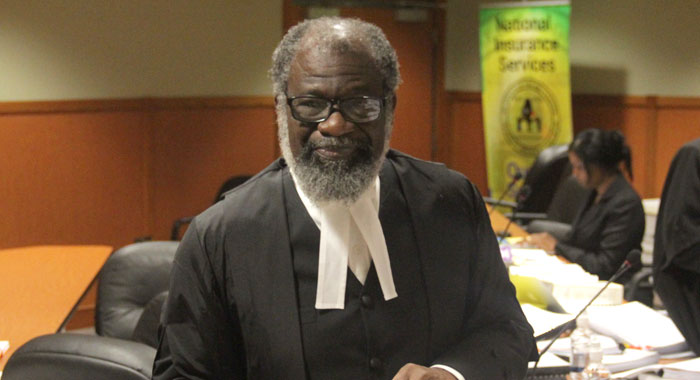 While the respondents in the election petitions case have suggested that some slight errors were made, the efforts were “substantial” and assault the intention of the Constitution.

That was one of the points that Queens Counsel Stanley “Stalky” John made, on Thursday, as he responded to the closing submissions in the case.

He was referring to the fact that all the ballots in one polling station in Central Leeward and 200 in another did not have any official mark or the initials of the presiding officer, as required by law.

“Those are substantial errors. Those are errors that go to the very principles on which the election should be conducted,” John said.

While the ballots were counted, the petitioners have argued that in verifying their authenticity immediately after the elector voted, electoral officials had to violate the secrecy of the vote.

The main opposition New Democratic Party is asking the court to declare void the elections in North Windward and Central Leeward, two of the constituencies that electoral officials say the Unity Labour Party won on its way to a 8-7 victory and a fourth term in office.

“If indeed, there are, my lord, breaches of the rules which result in breaches of secrecy, in which case the election would not have been by secret ballot, then, on principles, based on [the rulings in the case of] Quinn Leandro, it is not a requirement that the election results ought to have been affected numerically in the same way. And to the extent that that is being put forward, that is not our submission.”

Kathleen Jeffers, a presiding officer at a Central Leeward polling station, admitted to making multiple “mistakes” in her conduct of the poll and at the final count.

A ruling in the case is slated for March 21.