New cemetery in Canouan not being used despite complaints 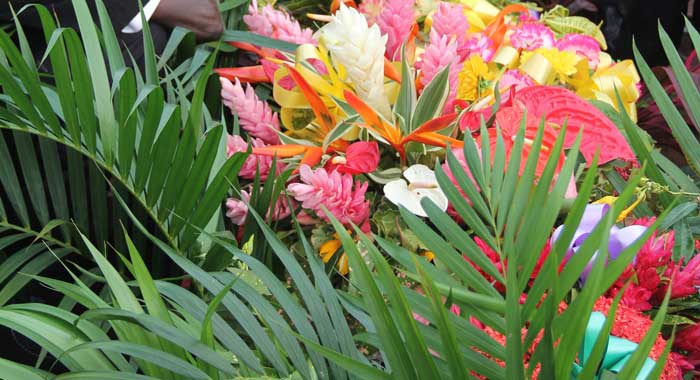 A grave in St. Vincent immediately after a funeral. (iWN file photo)

Prime Minister Ralph Gonsalves says residents of Canouan have not been using a new cemetery there, although they complain that the old one no longer has space for new graves.

He was speaking in Parliament on Monday in response to a question from Member of Parliament for the Southern Grenadines, Terrance Ollivierre.

Ollivierre, an opposition lawmaker, said that at the public cemetery in Retreat, Canouan, residents are having difficulties in finding space to bury their loved ones.

He said that a new location was identified at Riley Hill and asked the prime minister what is the status of the relocation of the cemetery to this area.

The prime minister said Ollivierre had asked him about that issue before privately.

“And we had settled this matter,” Gonsalves said.

The prime minister said the long and short of the issue is that the cemetery at Retreat was full and another site was needed.

“We identified a site at Riley [in Canouan]. We surveyed it, we cleaned it up and we gazetted it, as my honourable friend should know. It was gazetted shortly after the one was declared closed in 2012,” Gonsalves said.

“The Retreat cemetery was declared closed in 2012, you know. The problem is, as you know, people don’t want to go up by Riley.”

Ollivierre, speaking from across the aisle, said, “That’s not true.”

Gonsalves said: “I hear they prefer to go near in the village, where Retreat is. But I have been advised. I asked what is the condition up at Riley. They say they clean it from time to time but nobody goes up there.”