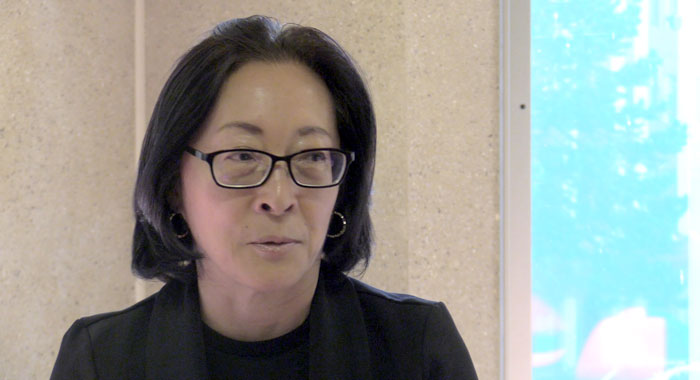 GENEVA (CMC) — A senior United Nations official has highlighted the importance of disaster risk reduction in the Caribbean amidst the “existential threat” that climate change poses to the region.

Head of the UN Office for Disaster Risk Reduction (UNDRR), Mami Mizutori, said that 90 per cent of major disasters are related to severe extreme weather events.

“And we wouldn’t say all of them but we know that there is a lot of correlation between climate change and these disasters,” she told the Caribbean Media Corporation (CMC) on Tuesday on the sidelines of the 2019 Global Platform for Disaster Risk Reduction.

The biennial multi-stakeholder forum was established by the UN General Assembly to review progress, share knowledge and discuss the latest developments and trends in reducing disaster risk.

“And the Caribbean and the Pacific Islands and the islands in the African regions, the small island developing states, SIDS, they are facing an existential threat by climate change and all these extreme weather events,” Mizutori said.

She told CMC that for countries in this grouping “it is extremely important that the international community focuses at all levels on disaster risk reduction”.

She, however, pointed out that focusing on the importance of disaster risk reduction is not enough.

“… if it leads to the increase augmentation of international cooperation support towards this agenda, I think this is one big achievement,” Mizutori said.

The UN official told CMC that this year’s conference is especially important as it would examine whether counties are on track to meet next year’s deadline for meeting Target E of the Sendai Framework for Disaster Risk Reduction 2015-2030 (Sendai Framework).

The Sendai Framework the first major agreement of the post-2015 development agenda, with seven targets and four priorities for action. It was endorsed by the UN General Assembly following the 2015 Third UN World Conference on Disaster Risk Reduction (WCDRR).

Target E is that aims to “Substantially increase the number of countries with national and local disaster risk reduction strategies by 2020”.

Mizutori said “we have less than two years until that deadline comes and this is the last Global Platform before that so we really want to use that opportunity to push for that strategy to be achieved.

“Importantly, it’s not only about numbers; it’s also about the strategy being aligned to the Sendai Framework and that means that all the principles of all of society, inclusivity, those things are also in there,” she said.

The meeting here is also intended to work towards the climate action summit in September.

As the world continues to battle with the ravages of nature, the United Nations system have several agencies focuses on various elements, including climate change mitigation and adaptation and disaster risk reduction, Mizutori said:

“So one important issue is how to achieve coherence amongst the different agenda, our agenda Sendai Framework, the Parris Agreement, and ultimately achieving the SDG. And, for that, again, all the stakeholders, have to come together — not only the UN system agencies — so that we can find a way to move these different agendas together.”

Mizutori said that as is the case with many global and regional conferences, the platform is the place where stakeholders are going to share best practices and their lessons learned.

“So this is really a place and opportunity for everybody to learn from each other and go back and keep on working, all of us, to 2030,” Mizutori told CMC.