Sion Hill man is Fisherman of the Year 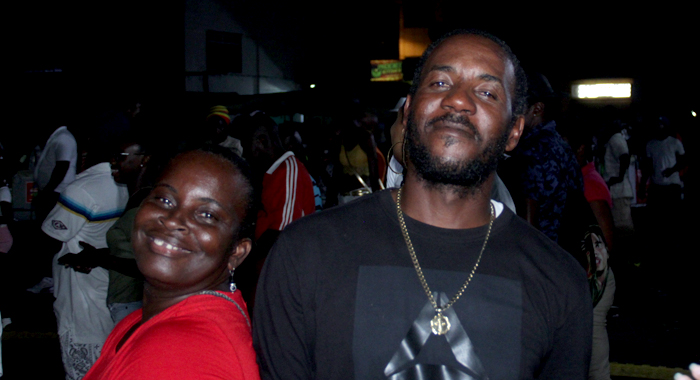 Fisherman of the Year 2019, Earl Randolph Medford pose with a woman after Monday’s announcement. (iWN photo)

Sion Hill resident, Earl Randolph Medford, 38, and his two-member crew landed 470 pounds of fish to win the title of Fisherman of the Year and EC$10,000 in cash.

Shortly after he was announced the winner in Kingstown on Monday, Medford told iWitness News he felt “good, real nice” to have won the price which has eluded him since he started fishing at age 15.

He said he and his crew set out to sea about 4:30 a.m. on Monday and though “the weather was white” the water was not choppy.

Medford said they travelled about 60 miles to the south east of St. Vincent, where they made the winning catch.

The second heaviest catch was landed by Andy McMillan, who brought in 347.3 pounds.

His prize was EC$5,000, one case of outboard engine oil, three life jackets, one case of beer, two bottles of vodka, two rain cloaks, and one cell phone.

Lamar Cordice of Clare Valley, who brought in 333.7 pound of fish, was fourth.

The fourth place is a new category and for his performance, Cordice will get EC$1,500 as well as one cell phone, one portable charger and a one-week prepaid plan from telecommunications provider, Flow.

This year’s competition was held under the theme “Climate Change Affects the Ocean. Fish responsibly to sustain the Industry.

One reply on “Sion Hill man is Fisherman of the Year”