‘These are all things that are new to me and I am sure they are new to many lawyers who practice at the bar in St. Vincent and the Grenadines.’ — Opposition Leader Godwin Friday 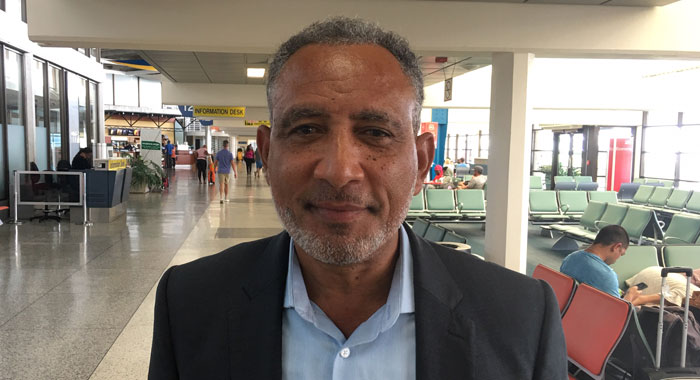 Leader of the Opposition Godwin Friday says he is “surprised” that acting High Court judge, Stanley John felt that three months after handing down his ruling in the election petitions case he still had jurisdiction to add additional reasons for his decision.

“… the petitioners had already filed their appeal in this matter; the matter is really before the Court of Appeal now,” Friday told iWitness News in Barbados on the weekend.

He said the lawyers for the respondents (government) were very speedy in asking Justice John to correct his decision and to write supplemental reasons.

“These are all things that are new to me and I am sure they are new to many lawyers who practice at the bar in St. Vincent and the Grenadines,” said Friday, who is also a lawyer. “So, they will all form part of what is being explored in the appeal going forward.”

He said the petitioners have consulted with their lawyers “and we are taking the matter as a legal matter but also as a matter of trying to determine, essentially, how it is that this happens within our court.

“I’ve been asking around and it’s really precedent where after you have filed an appeal and you have a situation where, three months later, the judge had no jurisdiction over the matter because his term of appointment had expired and then there was some request that he be appointed.”

On June 13, almost three months after handing down his March 21 decision to dismiss the petitions, Justice John, a retired Trinidadian jurist who was hired to hear the petitions case, responded to a letter from lawyers for the government, and explained why he dismissed the testimony of a crucial witness who appeared on behalf of the petitioners.

Justice John’s appointment to hear the election petition cases in SVG, part of the jurisdiction of the Eastern Caribbean Supreme Court (ECSC), ended on March 21.

He was later appointed to act as a High Court judge, from May 2 to July 31, 2019, under assignment to Antigua and Barbuda, another ECSC circuit.

Friday, who is leader of the New Democratic Party (NDP), which filed the petitions, noted that Justice John had been reappointed to act in Antigua and Barbuda.

“But quite frankly, after the length of time that had passed, the petitioners and I were of the view that this matter was before the court of appeal and let it be determined there.”

The opposition leader told iWitness News that the situation is “unusual”, adding that legally, when a judge gives a decision, he is functus officio — his mandate has expired — and if a party is not pleased with the decision, it appeals to a higher court.

He said that lawyers for the government wrote to the judge on March 22 asking for changes to the ruling — when the judge had no jurisdiction.

Friday said the opposition’s legal team still feels that the judge has no jurisdiction, notwithstanding his assignment in Antigua.

“But this is something the lawyer will take up as an additional ground of the appeal.”

He noted that NDP’s legal team has filed the appeal and had said that the judge’s reasoning was not sound.

“This new development, as disappointing as it for us, because we realise that in attempting to rewrite the reasons, that this is actually dealing with grounds of the appeal that has been filed.

“But these are all legal matters that will be determined when the matter goes forward.”

He said that the NDP’s lawyers have been consulting on the development and would respond in the court.

The NDP has filed the petitions challenging the outcome in North Windward and Central Leeward, two of the seats that electoral officials said that the Unity Labour Party won in the December 2015 election to secure a fourth consecutive term in office.

The ULP was the declared winner of eight of the seats in the 15-member Parliament, while the remaining seven went to the NDP, in a repeat of the 2010 results.

He said that politically, the NDP continues to demand that elections be held in SVG as soon as possible.

“The drawing out of the petitions for so long really makes the government of St. Vincent and the Grenadines still not one that has been found to be legitimate by the court because the matter is still very much alive before the Court of Appeal,” he said.

Reviewing last elections; preparing for next

General elections are constitutionally due by March 2021 but are widely expected to take place by December 2020.

It was noted that elections are likely to be called within the next 18 months and Friday was asked what he would say to people who accuse the NDP of fighting the last election rather than preparing for the next.

“Well, what I am saying, we are preparing for the next election by determining what happened in the last election. A lot of Vincentians are concerned about what happens during the process.”

He said there were many persons who were sceptical when the process started, saying it was just sour grapes.

“But by the time the trial was completed and the press stories were put out there, people got a better view of what happened during the election and there was a call from across the board that there should be electoral reform, that this matter needs to be dealt with before we go to the next election.

“This process of  pursuing the appeal to their final conclusion is all part of that.”

Friday said that while his party is disappointed that the case has taken so long, the NDP also feels it has an obligation to pursue the matter to its conclusion.

“We cannot say the judgment is flawed and there are all these problems that were revealed during the trial and just leave it like that. I think the people of St. Vincent and the Grenadines deserve to know what the final outcome of it is.”

He said the persons who complained first about the judgment of Justice John were the lawyers for the respondents.

“The people who supposedly won the case, they are the ones who said that the judgment, in itself, was a problem because it did not deal with significant evidence that had been presented by the petitioners.

“So, they, in a sense, found that the judgment was flawed and called on the judge to fix it because there was going to be an appeal. Now, we find all of that unusual, legally, and it’s very unusual for those matters to be happening, especially when you have recourse to the Court of Appeal.

Asked if it would still be important to have a conclusion of the petitions even after the next elections, Friday said:

“Well, we hope that it is concluded before, so that is what we are pushing for and whether it happens or not, a lot has to do with the court itself, how it functions, in terms of pushing the matter forward, the time and space it has on its calendar and also how the lawyers for the other side respond.”