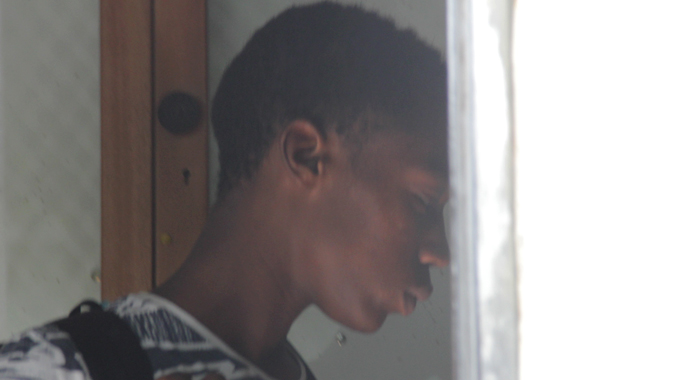 Rashad Anderson, 16, one of the teens, leaves the Serious Offences COurt on Monday, after his arraignment. (iWN photo)

Three Barrouallie teenagers were brought before the Serious Offences Court, in Kingstown, on Monday, charged with possession of a homemade firearm and one round of 12 gauge ammunition.

Romel Francis, 17, Rashad Anderson, 16, along with a 15-year-old youth, all pleaded not guilty to the charge, with allegations that they had found the items in their possession at Barrouallie on June 26.

The 15-year old was charged separately that on the same date, also in Barrouallie, with intent to discharge a loaded firearm at one Miller, he did an act which was more than merely preparatory to the commission of the act.

He also pleaded not guilty to that charge.

The prosecution did not object to the youths’ bail but asked for sufficiency of surety and reporting conditions.

Chief Magistrate, Rechanne Browne, granted each of the teens bail in the sum of EC$10,000 with one surety and ordered them to report to the Barrouallie Police Station on Mondays, between 6 a.m. and 6 p.m.

The matter was adjourned to Sept. 23.