‘It is a disregard for the process but more than that, it is disrespect for the people of this country.’ 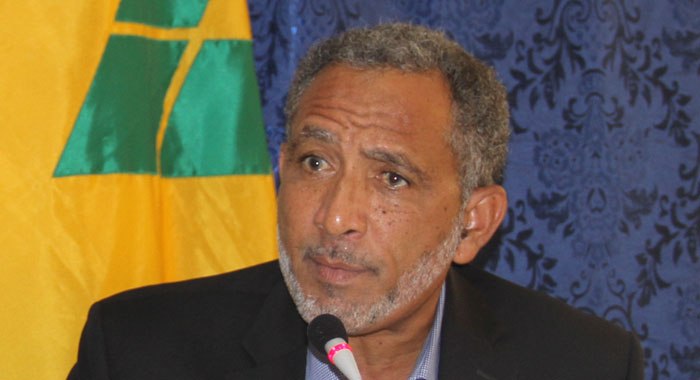 Leader of the Opposition Godwin Friday says the government should investigate the Tenders Board amidst the scandal in which the Caribbean Development Bank has rescinded financing for a project, having declared misprocurement.

In withdrawing the financing and ordering the government to pay back the money that had already been disbursed, the Barbados-based bank is essentially saying that the contractor was not qualified for the job.

However, Prime Minister Ralph Gonsalves, speaking on radio on Sunday, defended the Tenders Board decision and announced that his government will finance the project and will award the contract to the same construction firm.

Speaking on radio on Monday, the opposition leader raised questions about where the government will get EC$1.4 million that had not been budgeted for to finance the contract and the legal authority to disburse such an amount.

He further said the government’s decisions show a disregard for the tendering process and disrespect for the population.

“It is a disregard for the process but more than that, it is disrespect for the people of this country. You are basically saying, we went out, we made a bid, the CDB says that river defences are important so we will fund this project, but for some reason,  the contract has been awarded to somebody who doesn’t qualify.

“One of the bidders raised these issues, writes to them, and they say, no, we have assessed this issue and the bid stands and then the CDB comes in and say, no, no, we have done our own assessment and the contract has to be cancelled,” Friday said.

The Tenders Board, having reviewed the seven bids for the “Yarabaqua River Defence” project and having received a letter of no objection from the CDB, awarded the contract to Reliable Construction Ltd., whose bid was $1,421,576.

“Therefore, there has either been a false declaration made in their forms or unlawful and unfair intervention by someone of influence on their behalf,” he said in his letter.

His letter of objection triggered an investigation by the CDB, which declared that misprocurement had occurred and rescinded financing of the project and ordered the government to repay the EC$140,000 disbursed, with interest.

Friday pointed that the government had stuck to its decision although Balcombe had complained to them, ahead of raising his claim with the CDB.

He also emphasised that the CDB decision came after its own review.

“And so we lose that project in St. Vincent because the government failed to respond to the legitimate concerns that were raised by one of the tenderers. And this is something that, you know, has been a problem over the years with this administration but the problem is that a lot of people have been afraid to speak out,” the opposition leader said.

He said that in its letter to the Chief Engineer, Bally and Bally said that contractors are afraid to express concerns when there are problems arising with contracts.

“Now, the problem with that is that we have a situation where, as in this case, contracts are awarded to people who don’t qualify. How does that affect performance forward of that contract [going forward]?” Friday said.

The opposition leader said he has spoken to Bally and Bally and to another of the contractors who had bid for the project and has concluded that “this is something that can’t be allowed to go forward.

“And when there is a serious issue raised, the government has to assess it and do their proper investigation and make the proper determination”.

Friday said he would hope that such a situation does not occur under a government that he heads.

“But, I do agree that things can happen. But if you have a serious concern that is raised, you must do the assessment and you don’t basically fudge it so that you maintain what you have done,” he said.

He said that the matter requires an inquiry.

“We had inklings of this a long time ago, you know. You remember when [Senator] Julian Francis had said, basically that for one matter that they disregarded the Tenders Board and so on and when it was raised, they said if they have to do it again they go do it again. That is the point that we have here is that the procedures seems to be for a matter of convenience, not a matter of requirement,” the opposition leader said.

“And we witnessed this when we talk about the accountability matter when we said the Minister of Finance, basically, has not followed the Constitution and the Finance Administration Act in how they account for the use of government money.

Friday said that the CDB contract issues show that operating in such manner has serious implications, adding that the government has lost financing for the project.

“And for the government to say they are going to fund the project, that is just whistling. Where yuh going get 1.4 million from when they running a deficit every year? They don’t have enough money to fund what they put out in their budget. Where you going suddenly find $1.4 million from and what authority they have to allocate $1.4 million when it hadn’t come through the budgetary process?” Friday said.