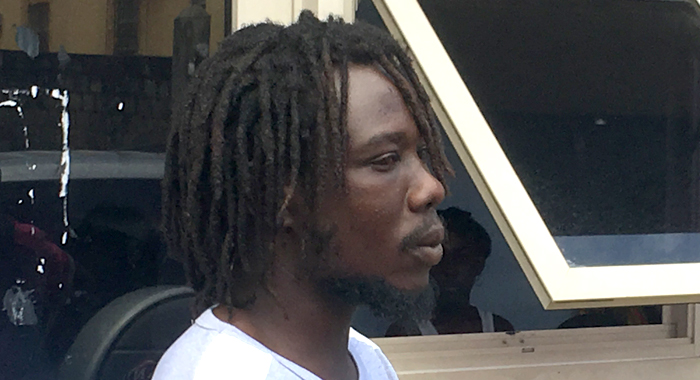 The bottle of rum with which he began his belated birthday celebration last Saturday might have caused an Upper Cane Hall man to forget that he was under a bond.

For when that liquor ran out, Orlando Norwell went to Coreas minimart on Saturday, where he stole six bottles of liquor, disposing of most of them in the few hours that it took police to nab him.

Norwell’s crime has ensured that he spend his next birthday in jail.

For when he stole the liquor, Norwell activated a six-month jail sentence, suspended for a year, which the Calliaqua magistrate had imposed on him in April.

On Monday, at the Kingstown Magistrate’s Court, Norwell, 31, pleaded guilty to a charge that last Saturday, Aug. 10 — one day after his birthday — he stole two sets of three-bottle sets of drinks on special from Coreas minimart.
Each set in the special offer contained a bottle of Campari, a bottle of CÎROC and a bottle of wine, value EC$179, taking the total value of the stolen items to EC$358.

The court heard that about 7:15 p.m. Saturday, the security guard at Coreas minimart was patrolling the store when he saw Norwell walking about with an EC$179 three-bottle liquor special.

The security guard kept Norwell under investigation because he knew him, but had to suspend his surveillance to assist another customer.

When the security guard returned, he did not see Norwell.

He checked the security camera and saw that Norwell had taken the drinks and placed them in a black plastic bag and had left without paying.

The matter was reported to the police.

When Norwell was located that same night, he told police, “Officer, me tek them and walk out. If yuh wah me pay for dem, me go pay for dem.”

Norwell was arrested and charged.

Police only recovered half bottle of Campari and an empty CÎROC bottle.

Norwell told the court he is a fisherman on the trawler Black Jack and gets paid after every voyage.

Norwell said he did not enjoy his birthday on Friday as he had just returned to port and they were to sail again on Sunday at 4 a.m. so he decided to drink until then.

He said a “brethren” (friend) started him off with a bottle of rum. When that was finished, he said he decided to go and buy drinks at Coreas minimart.

Norwell said that while in the store, he was talking to someone for about 20 minutes then walked out without paying for the items.

As he was reviewing Norwell’s record, Senior Magistrate Rickie Burnett noted that the man had two previous convictions of a dissimilar nature.

He, however, pointed out the suspended sentence.

“So right away, you have to go to prison for six months. It means I have to send you to prison for this one as well because that is where you are going,” Burnett told the defendant.

He sentenced Norwell to six months in jail for stealing the liquor.

“And it is not concurrent; it’s consecutive. When you finish with the Calliaqua sentence, serve mine,” Burnett said.

Norwell was jailed on the same day that a Coreas employee was bonded for stealing a number of items from Jax Enterprises Ltd., another Kingstown store.