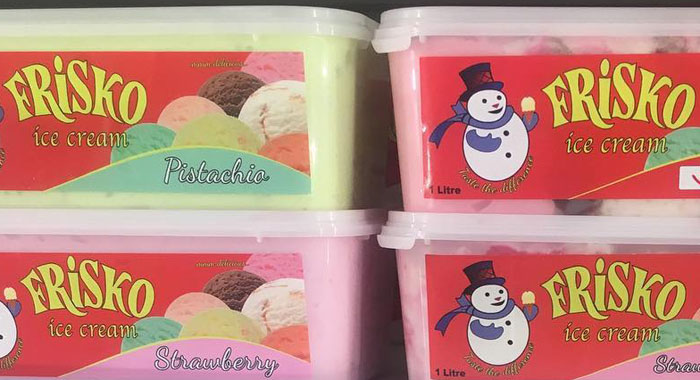 The former ice cream truck driver was able to fit a 2-litre bowl of ice cream in his waist.

Senior Prosecutor Adolphus Delplesche had some advice for a former ice cream van driver who stole a 2-litre container of ice cream and other items from a supermarket.

The court heard that on Sept. 25, Lashana Campbell, who was responsible for reconciling liquor sales at the supermarket, found an inconsistency in sales and stock.

Campbell reported this to the security officer, who checked the surveillance system, which showed Mc Fee had taken the liquor from the shelf and left the supermarket without paying for them, having paid only for one other item.

The supermarket would catch up with Mc Fee around 3:45 p.m. on Oct. 5, when Emmanuel Thomas, a loss prevention officer, observed Mc Fee placing an umbrella and the container of ice cream in his waist.

Thomas intercepted Mc Fee as he was about to leave the supermarket and the police were called in, leading to the charges being brought against him.

In mitigation, Mc Fee told the court he was the only breadwinner in his family, which includes three children.

“What were you going to do with the Hennessey?” Delplesche asked Mc Fee, who said he drank the liquor.

“I does go by Miss Ferdie and buy mauby because I only have mauby pocket,” Delplesche said, referring to a popular village shop located next to the court.

Mc Fee told the court that he had brought the trouble on himself, adding that he had been a driver for De Nobriga’s Ice-cream for six years.

He said he believed that if he had asked De Nobriga’s for a tub of ice cream, they would have given it to him.

It was then that Delplesche proceeded to give Mc Fee the advice on budgeting and frozen snacks.

Chief Magistrate Rechanne began with a non-custodial sentence, telling Mc Fee that what was aggravating about his crime is that he had paid for some of the items and not others, showing that he had been calculating in his actions.

She ordered him to compensate the supermarket in the sum of EC$300.15 forthwith or spend one month in prison.

Browne also ordered restitution of the umbrella, which was in good condition.

She further fined him EC$250 to be paid forthwith or one month in prison.

Mc Fee said that he could not pay the total amount that day, saying that he only had EC$370.

However, he was able to pay the full amount before court adjourned that day.