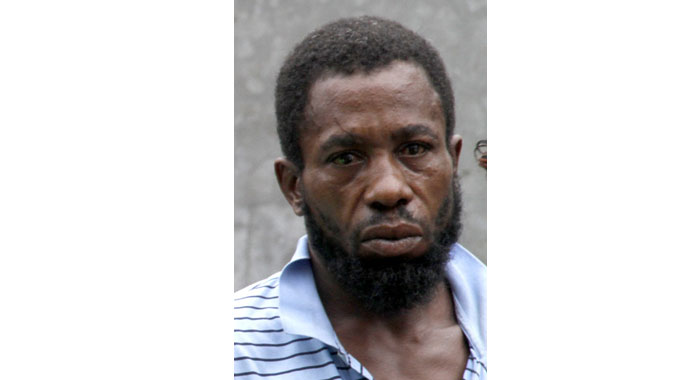 A man who began using a wheelchair after a paralyzing fall in prison saw his appeal of his sentence dismissed, on Monday.

Chief Justice Dame Janice Pereira, along with Justices of Appeal Louise Blenman and Mario Michel repeatedly told the Cassion Pereira of Dickson Village, Georgetown, that his injury was an issue for the prison authorities and not the Court of Appeal.

In April 2018, Chief Magistrate Rechanne Browne jailed Cassion Pereira for four and a half years after he pleaded guilty to a charge of wounding his younger sister, Tamisia Pereira, on Aug. 24, 2017 in their home village.

Cassion, who is also known as “Dog Man”, was originally charged with attempted murder but the charge was reduced to wounding.

He appealed his sentence, and, representing himself, told the panel he was seeking a “lesser conviction because of the condition I am in right now”.

The man, who had at least six previous convictions for violence, including one for manslaughter, said his sentence was excessive.

In his submission to the appeal court, Cassion said:

“I have never been rude in prison and did cleaning jobs at various institutions including Belle Isle [Correctional Facility], where I fell on my face, had pains from head to foot and became paralysed”.

Cassion had attempted to chop his sister, Tamisia Pereira, to the neck, but she was able to deflect the blow, resulting in a chop to the palm of her right hand.

Tamisia had told the court during the sentencing hearing that she could no longer close her hand completely and had trouble washing.

On Monday, Cassion told the appeal judges his sister had aggravated him but that he is fond of her.

“Really! Is that how you treat someone you love?”

She added: “It was a very serious wound! …  The magistrate was very fair to you; she gave a very fair sentence. There’s no reason to disturb the sentence by the magistrate.  Case dismissed!”

Meanwhile, Justice Blenman urged the convicted man to speak to the prison authorities about the injury he had sustained while in custody.

She again explained that his injury is a separate issue from his appeal of his sentence.

Cassion is one of at least two wheelchair users in prison in St. Vincent and the Grenadines.

In May 2018, Senior Magistrate Rickie Burnett sentenced double amputee Andrew Myers, 54, to four years in jail for a knife attack on his wife, Monique Myers, which left her with a 10-centimetre deep, three-centimetre wide stab wound to his her upper chest at their Buccament Bay home.