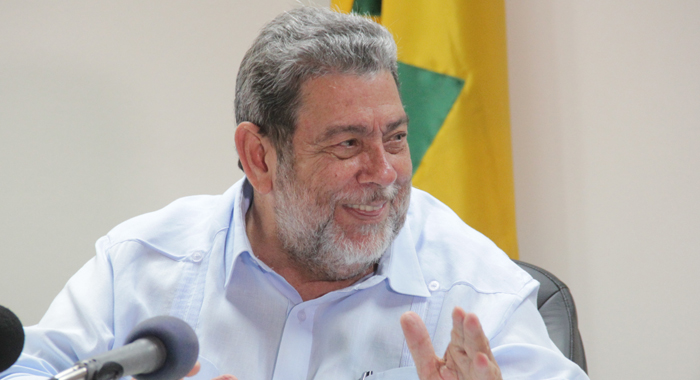 Prime Minister Ralph Gonsalves says that more attention needs to be paid on the sentencing of offenders.

He made the comment at a press conference earlier this month after visiting Her Majesty’s Prisons, in Kingstown, and seeing the number of young offenders there.

Gonsalves, who is also minister of justice, legal affairs, and national security, said that based on the media reports, “some persons are clearly candidates for incarceration”.

He, however, said that while he cannot go solely on the reports, he would also see persons “being sent to jail for something or sentences of a particular kind”.

“Is not — by and large, it’s an area of the study in the law which doesn’t get a great deal of exploration: sentencing. And persons have to get to it by the basis of further study and further knowledge and experience. And I think that that is an area where we need to look at too, in addition to strengthening certain things at the prisons,” he told the media.

“As I told some of the prisoners this morning, it gives me pain when I see persons – young people [and] not-young people, get involved in criminal violence. Young women, young men who are either doing a sentence for murder or who are waiting.

“Anytime I tell you I read about it or hear about it, those who are dead, it gives me a lot, a lot of pain. And those who are alleged to perpetrate the crime, also it pains me; it hurts me a lot. People around me would ask me, ‘Why you allow this thing to hurt you like this?’ I say I can’t help it. That is how God mek me.”

Gonsalves said what gives him joy is when young people perform well.

The prime minister visited the prison after the escape, sometime between Sept, 30 and Oct. 1, of accused-murderer Veron Primus, who surrendered to police after about 12 hours on the loose.

The prime minister said that while he had read the reports, he wanted to see for himself the area from which Primus had escaped.

Prison officer Louie Cupid, 45, of Murray’s Village, has been charged with conspiracy and corruption in connection with the escape.

Primus, on the other hand, was sentenced to 16 months in jail for escaping lawful custody.